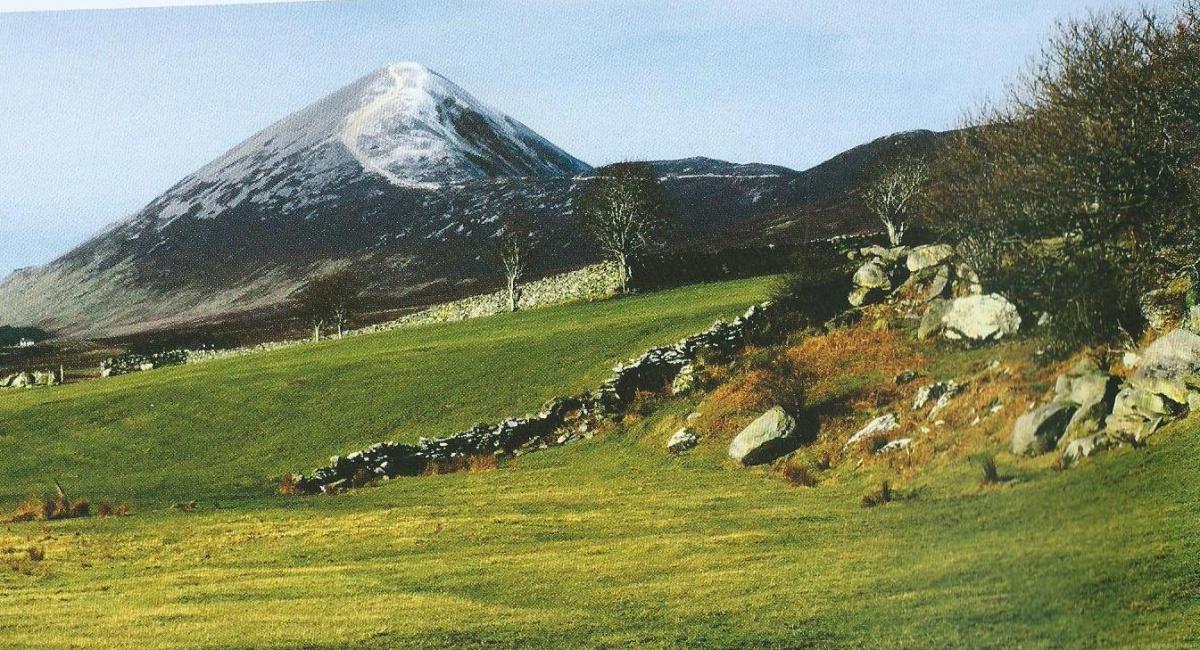 Croagh Patrick, on the west coast of Ireland, has a dramatic near perfect pyramidal form which is especially impressive when viewed from inland with the setting Sun behind it. It has been an important pilgrimage site since the prehistoric period – taken from Paul Devereux, Sacred Geography, Octopus Books:2010. He goes on to say that anthropologist Lucien Levy-Bruhl noted that primary peoples (unfettered by modernity) venerated outstanding and remarkable features in the landscape. These were taken to indicate the presence and activity of mythic ancestors – or mythic events. These might include sacred peaks (such as Croagh Patrick), ritual caves (what is meant by this could be taken several ways), rocky outcrops (as noted on many occasions) and holy waters (springs that appeared in a miraculous manner, presumably as a result of tectonic activity).

So, what was special about the pyramid. It fascinated people around the world – particularly in the 3rd millennium BC. Clube and Napier associated it with a brighter version of the zodiacal lights phenomenon, which can still be seen, somewhat faintly, in more tropical regions. It is caused by dust and debris caught in white light in the night sky. In Egypt the pyramid had a connection with pharaoh and therefore the gods – as pharaoh was the representative of gods on Earth and on his death went to dwell with the gods in the sky.

On the western side of the Nile, opposite Luxor (and Thebes) is the royal necropolis known as the Valley of the Kings. This exists in the folds of a massif on top of which is a peak that resembles a pyramid. It is el-Qurn (the horn). One bay set into the massif was known as Deir el-Bahri and was sacred to Hathor (a deity with the ears of a cow and protruding horns). The goddess was also depicted as a snake – specifically a cobra. A shrine of Hathor was located in a temple built in the reign of Thutmose III at Deir el-Bahri. The temple of Hatshepsut, his aunt, is also located at Deir el-Bahri, at the front of a rock column that protrudes from the cliff face. It has been interpreted as simulcra – a cobra with one eye and its hood, raised above an anthropomorphic figure (a shorter column) that appears to wear the head dress and beard of pharaoh (according to VA Donohue, The Goddess of the Theban Mountain, in Antiquity 66 (December 1992). The simulcra does not appear to have weathered well and is now difficult to discern – leading towards some scepticism. However, 3000 plus years ago it may well have been clearly delineated.