At http://phys.org/print346044381.html … molecular nitrogen has been detected on Comet Churyumov-Gerasimenko by instruments onboard the Rosetta spacecraft 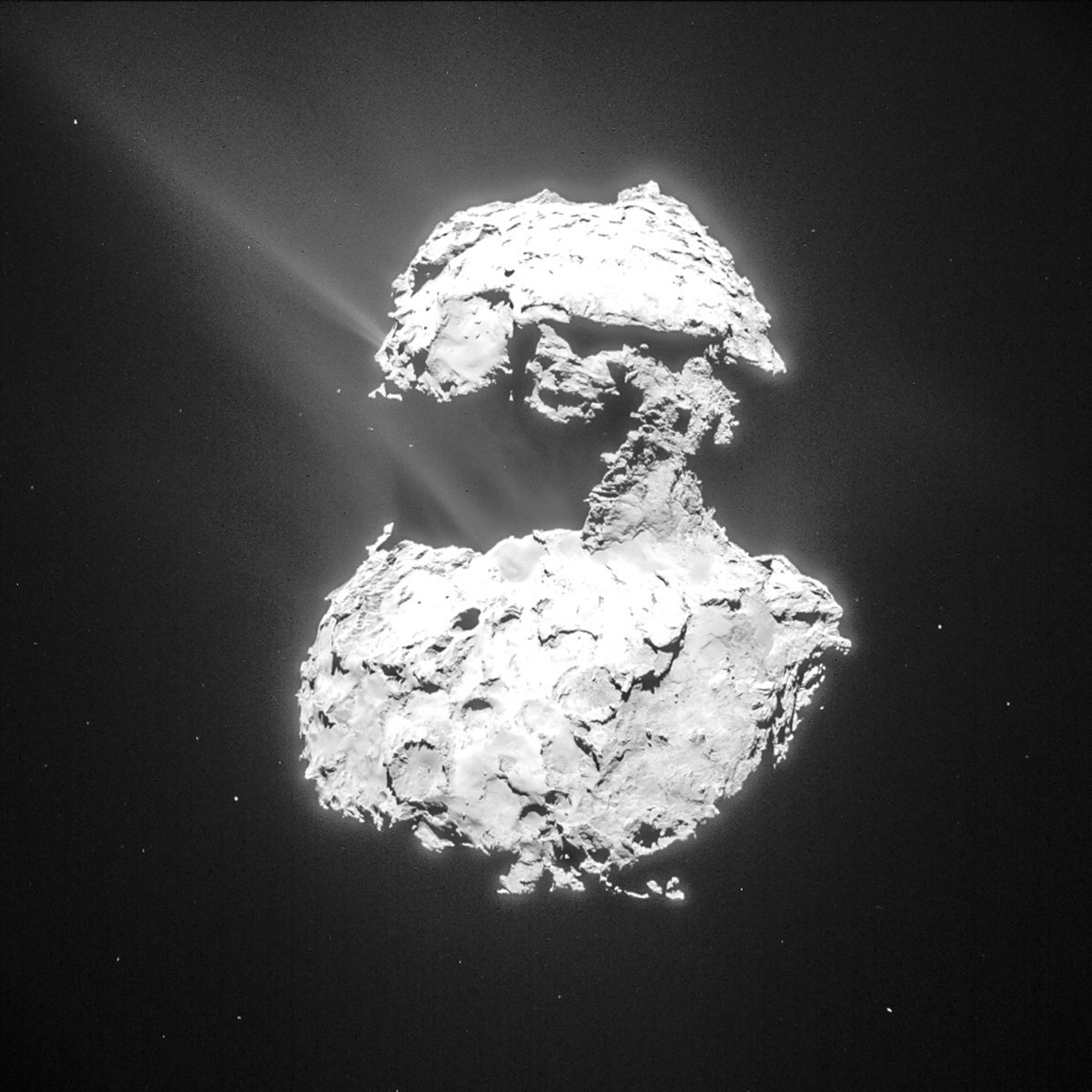 Molecular nitrogen is thought to have been the most common type of nitrogen in the early solar system. It also dominates the atmosphere of Saturn's moon Titan and is present elsewhere.

At http://phys.org/print346078139.html … apparently the probe which landed on the comet has been inactive now for four months.