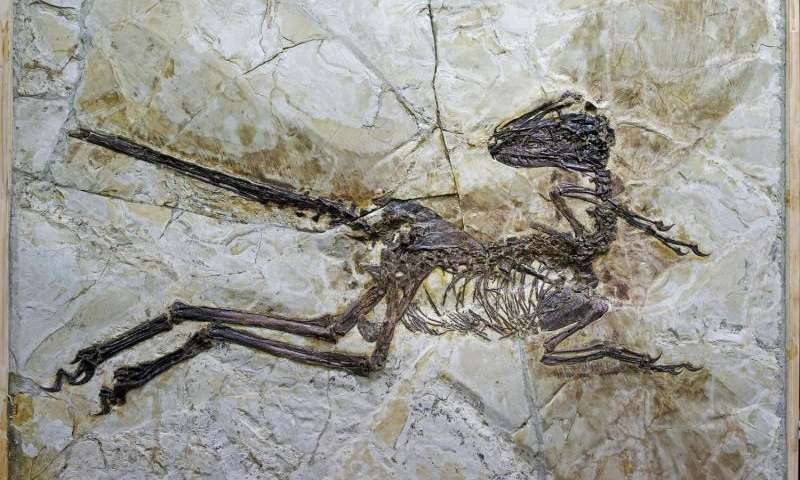 At http://phys.org/print356258414.html … a dinosaur with wings, and feathers, and it is reminiscent in outline to the 'Jurassic Park' Velociraptor – being described as a cousin. It was uncovered in China, which has rich dinosaur era deposits.

At http://phys.org/print356261460.html … we are told that in the Jurassic era lots of mammals were evolving – at higher rates of evolution than later. There was literally an explosion of skeletal and dental changes in  animals (from what remains of the fossils) and it seems clear that lots of mammals lived alongside the more famous dinosaurs.

At one time mammals of the Jurassic were dismissed as small insect eating animals – such was the powerful myth that had grown up about the process of gradualist evolution. Fossils, particularly fron new areas such as China and South America, show that mammals had developed into fairly large animals and had adapted to a variety of lifestyles and niche habitats.