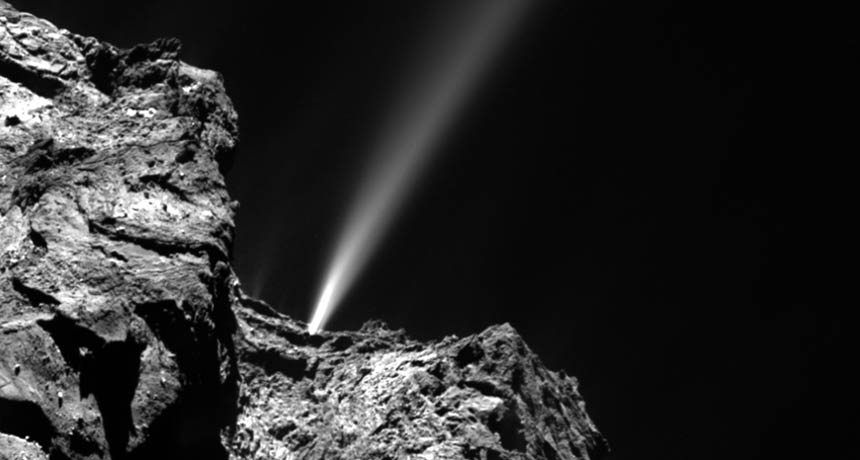 the comet is now at perihelion and is releasing permanent outflows and jets of material – see http://phys.org/print358492091.html … and the general appearance of the comet is brighter.

At http://phys.org/print358492107.html … the comet activity approaching perihelion is again the subject under discussion. One of the outbursts released from the comet was so powerful it even brushed aside the incoming solar wind. More activity is expected in the weeks after perihelion so it seems the show is not over.

At http://phys.org/print358695477.html … apparently they are still sticking to the idea the comet crust is made of ice. Jets of gas and dust are just about everywhere on the surface of the comet at the moment.

Meanwhile, at http://phys.org/print358503625.html … the subject is the hypothetical Oort Cloud – home of lots of comets. The Oort Cloud was invented as there was a requirement for somewhere to house the often intruding comets that periodically migrated into the inner solar system – they had to come from somewhere.

The Oort Cloud is said to be a spherical formation of predominantly icy planetesimals that orbit the Sun at a distance of 100,000 AU. This places it inside interstellar space and way beyond the magnetosphere.