At http://phys.org/print398079586.html … the cosmic whistle. It packs an energy punch. These are fast radio bursts of gamma rays (and other cosmic radiation). The relevant paper is published in Astrophysical Journal Letters and can be viewed at http://arxiv.org/abs/1611.03139 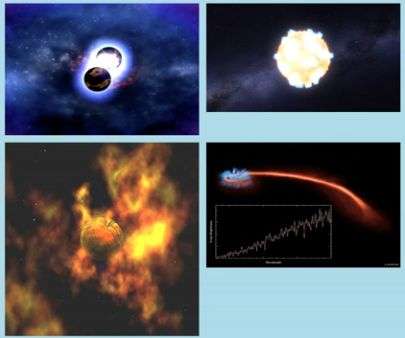 At http://phys.org/print398355892.html … NASA finds high energy electrons become more energetic when they run into Earth's magnetic field – and what is known as the bow shock region. Once at this point electrons accelerate to speeds as high as the speed of light. What causes the acceleration? It follows that electrons can be accelerated in any shock area anywhere in the universe, opening up a range of possible scenarios.

At www.astronomy.com/news/2016/11/osiris-rex-hunting-down-asteroids? … is about NEO asteroid Bennu – which has a potential dangerous orbit