Ava is the name given to a woman buried near Wick in northern Scotland over 4000 years ago. Beside her remains archaeologists found a beaker – and she is now thought to be part of a wider European folk migration, that of the Beaker People. Whether the Beaker phenomenon represents a human migration or the spread of a cult is debatable but the beaker in the burial has been analysed and published with details of pollen in cooking residue (as well as other goodies archaeologists like). See https://archaeologynewsnetwork.blogspot.co.uk/2017/03/pollen-sheds-light… … 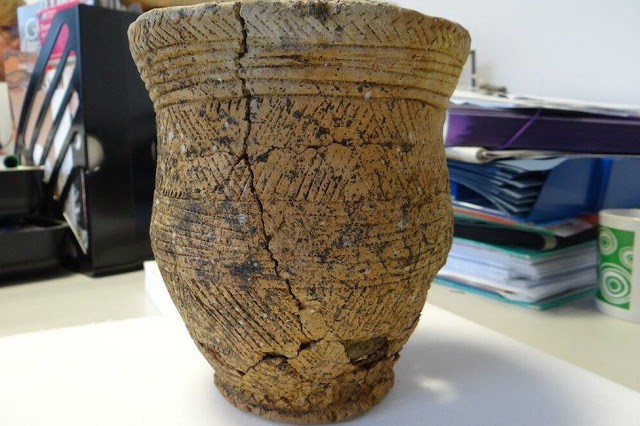 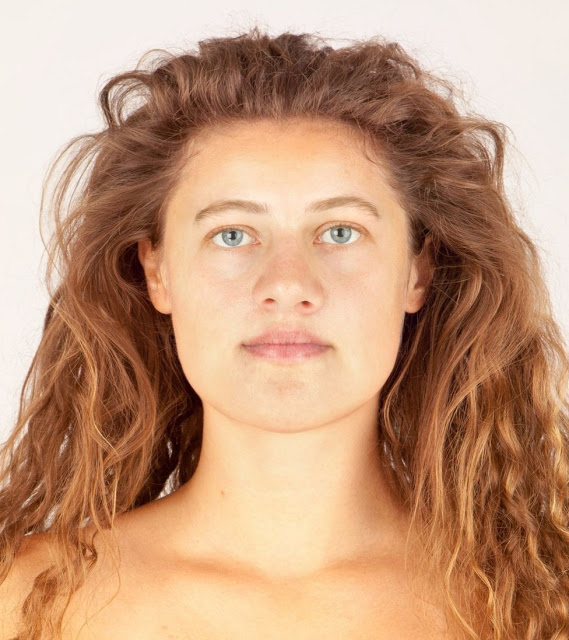 … The pollen comes fromplants could have been used as medicine – particularly Meadowsweet and St John's Wort. Other plant pollen came from trees such as birch, pine and alder, and in addition, there was heather and various local grasses. Ava (see above a reconstructed face) was buried near the sea shore (suggesting migrants arriving via the sea lanes of NW Europe) but her diet and C14 date of the burial show she was a local. The date comes a couple of hundred years after the Beaker folk movements and her diet consisted of beef and freshwater fish (among other things). She probably lived inland but was buried in a significant spot.

At https://archaeologynewsnetwork.blogspot.co.uk/2017/03/silk-road-evolved-… … the theory is that droving routes preceded the Silk Road (actually a web of roads to Iran, India, and the Middle East) across the central Asian mountains. This is a good piece of thinking as the movement of animals from winter to summer pasturage (in hills and mountain valleys) is an enduring feature of pastoralism wherever it was practised (even in Europe). Well trodden drove ways provided a ready made route for merchants on their journeys to China. The study is published in the journal Nature (in March, 2017) and combined satellite image analysis, human geography, and guesswork (in other words a model of some description). 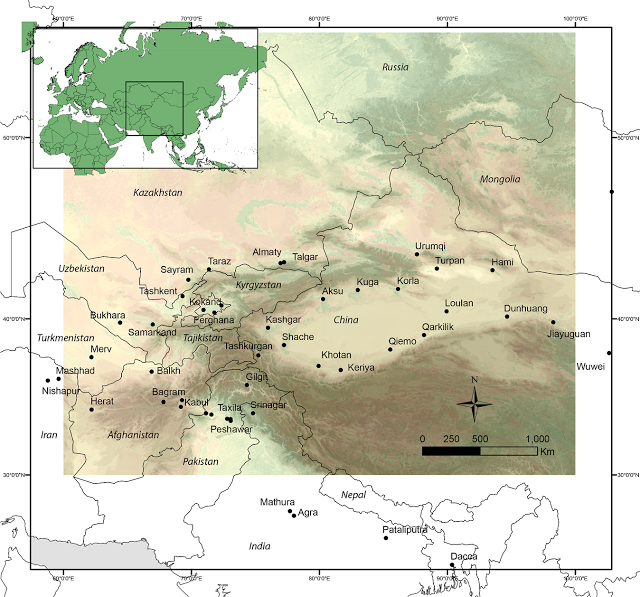 … pastoralists were active in the mountains of central Asia as far back as 3000BC (and probably earlier). The date here is used in an arbitrary way in order to open clear water between the pastoralists and the merchants (who came later). They established a series of traditional routes (see above) that provided the merchants with easy to adopt routes (the silk road, in spite of the name, was not a single routeway but a whole collection of routes that had been well trodden beforehand). Animals also required water to drink – in fairly copious quantities. Humans have the same need and their pack animals most certainly. Hence, drove ways usually were designed to cross rivers and streams and encounter ponds and other water bodies.

At https://archaeologynewsnetwork.blogspot.co.uk/2017/03/elaborate-roman-co… …  the Romans did not just enlarge their empire for the sake of doing it. There was some rhyme and reason. One reason for annexing a region was the presence of metals such as copper, lead, tin, gold or silver etc. In the piece the focus is on Munigua in  southern Spain and its copper mines. These were being worked for thousands of years prior to the Romans and the Cathaginians but the Romans mined the copper on an industrial scale, building a system of galleries and tunnels with floor at different depths. 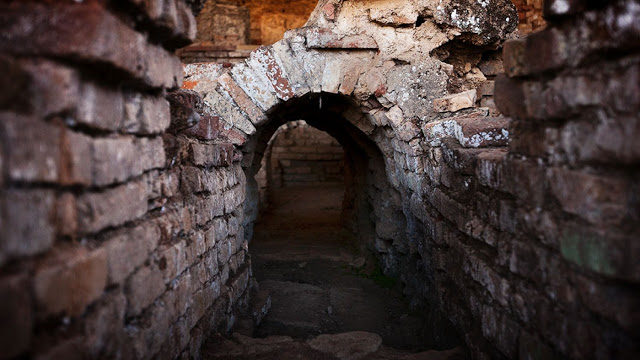 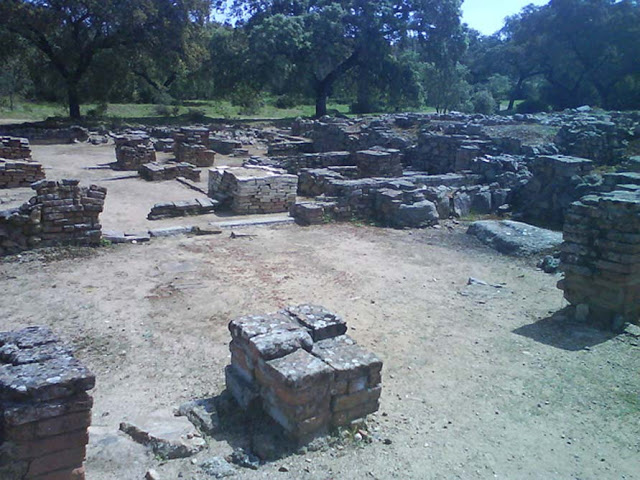 … Some interesting secondary information is also provided. Copper mining increased dramatically in the 2nd century AD (see the image above) and this led to the creation of huge slag heaps the size of football fields. However, production came to an abrupt end in mid 3rd century AD due to an earthquake (it is thought). Although this is a calculated guess it fits in with other evidence of a downturn in fortune elsewhere after 230AD – and later by an epidemic that drastically cut the population of the empire by significant numbers. The city of Munigua was left in ruins and never fully recovered. It is thought people still lived there for another 300 years (a bit like the depopulated towns in Britain) without actually building any new buildings (which sounds a bit strange as in Britain new buildings were constructed). Munigua was abandoned in the 6th century – again, we may suppose the Justinian Plague may have played a role.