Also sent in by Robert – www.dailymail.co.uk/sciencetech/article-5032129/The-mystery-of-Jupiter-s… … Jupiter's intense southern and northern aurora pulses independently of each other according to UCL led research using NASAs Chandra X-ray observatory and EPAs XMM-Newton observatory. Again, this is published in Nature Astronomy. The research found X-ray emissions pulsing every 11 minutes at the South Pole whilst those at the North Pole were said to be erratic. On the Earth both poles more or less mirror each other, it is alleged, and other planets do not produce any detectable x-rays – not even Saturn.  See also www.ucl.ac.uk/news/news-articles/1017/301017-jupiter-xray-auroras … and see also https://tallbloke.wordpress.com/2017/10/30/juno-finds-that-jupiters-grav… … the Juno mission finds Jupiter's gravitational field is askew. It seems the Juno probe has upset a few mainstream ideas about Jupiter. For instance, Jupiter's powerful magnetic field has different patterns in the northern and southern hemispheres …. 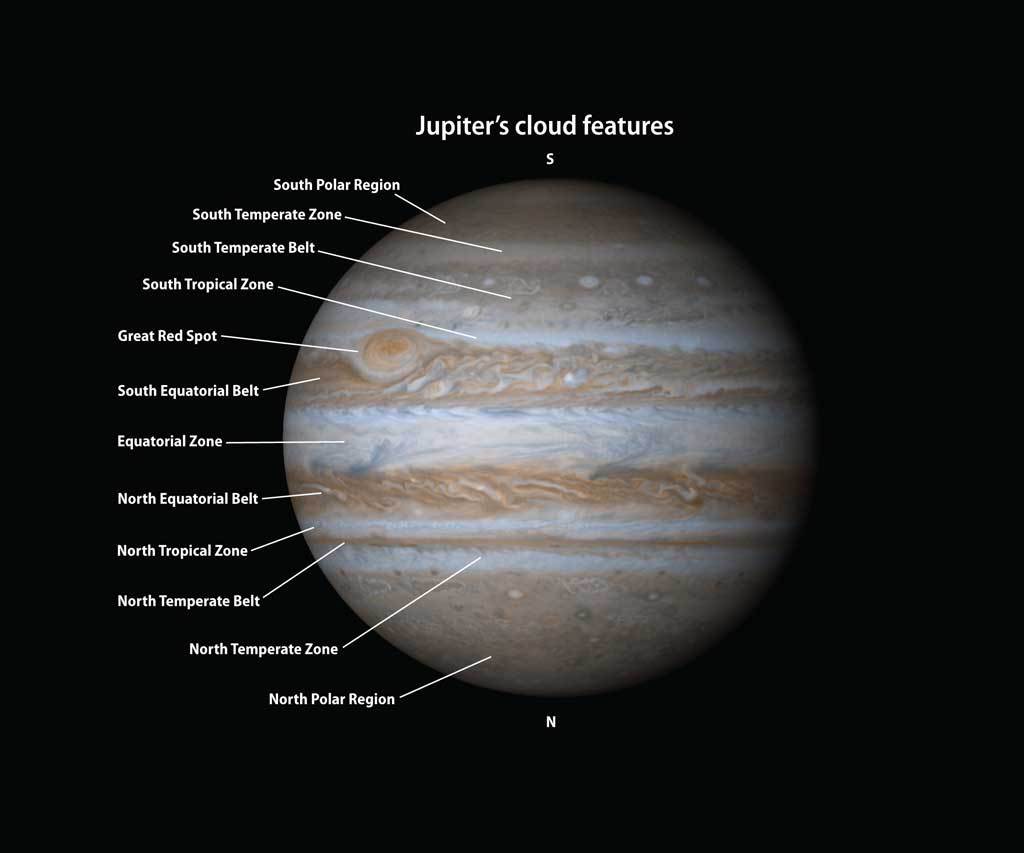 … these findings were disclosed on October 18th by the American Astronomical Society which had a meeting in Utah. Jupiter's banded appearance (see above image) – colourful stripes of orange, brown and white, are the result of its atmosphere which contains large amounts of hydrogen and helium and also, ammonium crystals. These change colours when exposed to sunlight. It seems also that hydrogen rich gas is flowing asymmetrically deep in the planet. Jupiter's gravity field varies with depth, which indicates these gases are flowing, we learn, as far down as 3000km (1864 miles deep). This suggests, they say, that Jupiter's core is small.

The comments raise a number of questions about the disclosure. If the gravitational is askew does that necessarily mean the magnetic field is askew – or why are they being linked together as one is above Jupiter and the other bit, the gravity difference, is below the atmosphere. Jupiter's gravity field varies with depth. This statement is challenged. The Earth's gravity field also varies with depth and this has been known for a long time. Why isa it a problem for Jupiter? Is the magnetic field askew or does it simply not conform to a perfect toroidal sphere? Finally, it emerges these peculiarities are not really so peculiar – it is just that the Juno observations do not conform with computer models of Jupiter. Does theory block and delay knowledge?