Ismenia Patera means, in Latin, a 'flat bowl' – but the term was also used to describe a flat crater on Mars. Its origin has caused a bit of head scratching – as it looks nothing like an impact site. Go to https://phys.org/print442754485.html … we learn that Mars topography is open to differences of opinion, and no wonder. It is split into two parts. In the north we have what are called the lowlands while in the south we have the highlands. In general, the south is much higher in contour than the north. Why is this? Some people have suggested a great deal of material was ripped out of the north – by an impact event. If so it is like an impact event not seen elsewhere. Further, it is suggested that Ismenia Patera was part of the process – material thrown off during an impact (or near impact perhaps). Not only that but inside Ismenia Patera there are small dips and depression – and gullies and channels. 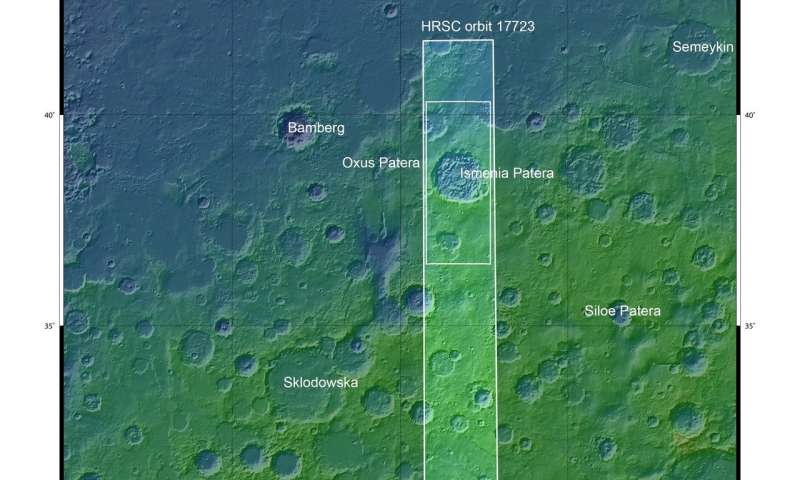 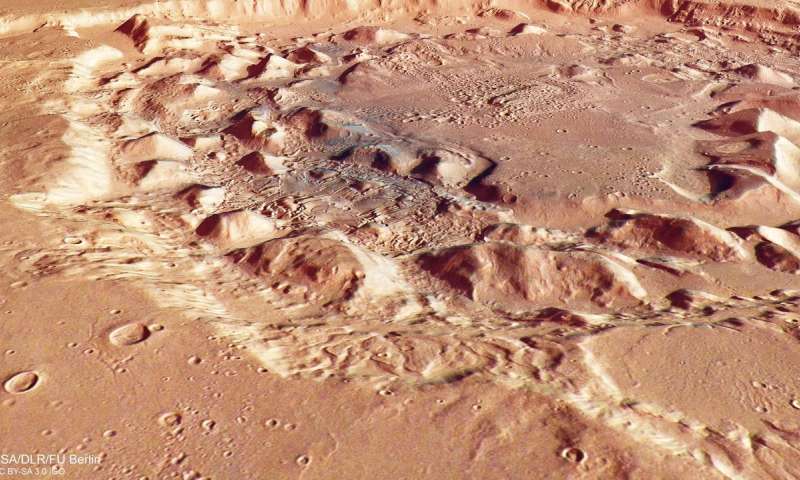