Sent in by William. At https://phys.org/news/2018-07-rogue-star-makeup-solar.html … did a rogue star change the makejup of our solar system? A team of researchers from the Max Planck Institute and Queens University in Belfast have been looking at a theory that claims a rogue star passed close enough to our solar system (millions of years ago of course) and changed its configuration. The research is published on the arXiv preprint server.

It seems that in recent years space scientists have begun to suspect that something out of the ordinary shaped the solar system orbits – and one ideas is a passing star (coming close enough to pull some of the objects in the outer regions from prior positions they may have had). The idea of a rogue star is not new – see for instance the talk by Rupert Holms on our web site. 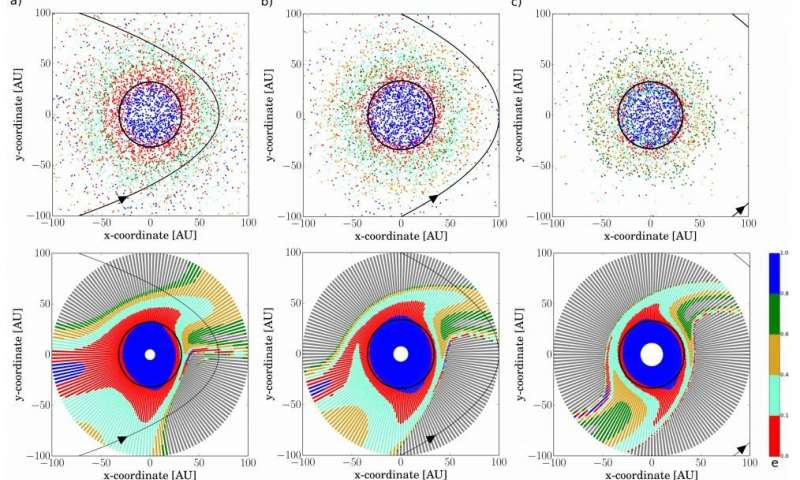 At https://phys.org/news/2018-07-image-mars-storm.html … ESAs Mars Express has supplied images of the dust storm on Mars …

Robert sent in the link to https://crev.info/2018/07/mars-losing-atmosphere-fast/ … and comments that although it is a young earth site the links are all to mainstream publications – and the author asks questions (always a bonus). Robert wonders if global change occurred in the heliosphere of the Sun – in other words, the solar system – tens of thousands of years ago (or less) and planets are still adjusting – which seems to bring us full circle around to the rogue star.