At https://eurekalert.org/pub_releases/2019-01/mpif-hcd012819.php … humans colonised diverse environments in SE Asia and Oceania during the Late Pleistocene. This is just a news release but the actual article should be worth getting hold of. Do we have evidence of humans active in the region during the last Ice Age, and in particular, during the Late Glacial Maximum. What was the vegetation like – and what evidence of migrations have been found. The study is published in Archaeological Research in Asia and looks at human dispersal during an important phase of history – the Middle to Late Pleistocene era.

The same story is at https://phys.org/news/2019-01-humans-colonized-diverse-environments-sout… … and is also derived from the press release. From what little is available as a handout they seem to be saying that humans were not averse to colonising tropical rain forest. However, was it tropical rain forest in the Late Glacial Maximum? One cannot say without reading the full article.

At https://phys.org/print467977472.html … we learn that long necked dinosaurs retracted their feet to the side in order to cope with their weight when foraging etc. Well preserved footprints at a site in Morocco clearly show claw impressions – where this occurs. The idea of the research is to understand how these massive animals managed to move around and feed. Sauropods could be up to 70 tonnes in weight. They had really thick cartilage layers which allowed great flexibility of joints, especially in the shoulders. 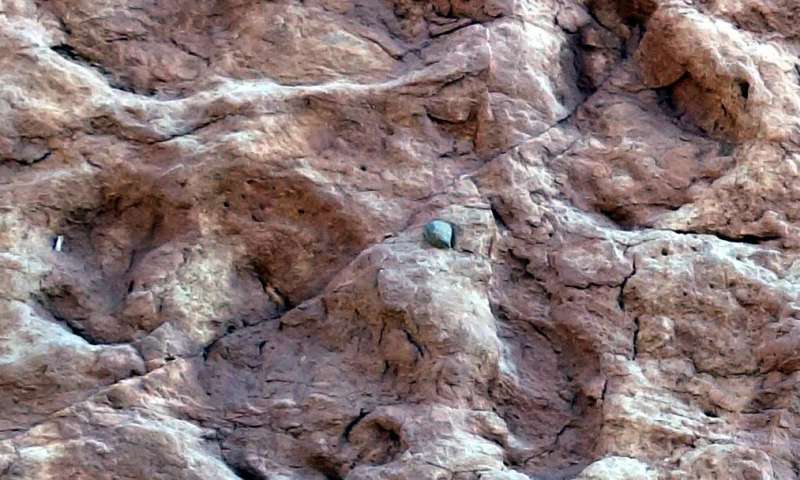 … (dinosaur footprints). Nothing to do with ancient humans but I parked it here. We get back to early humans in the next two links.

At https://phys.org/print468053272.html … Oxford University scientists have played a big role in identifying evidence of Neanderthals and Denisovans found in a cave in southern Siberia – the Radiocarbon Accelerator Unit. The cave is situated in the foothills of the Altai Mountains, in a region that may well have been heavily settled. Nowadays it is not such a good place for humans but back in the Pleistocene, particularly during the last Interglacial, this region was a favoured location. See also https://www.nature.com/articles/s41586-018-0843-2