Sent in by William and by Gary, and Robert as well. Ay www.dailymail.co.uk/sciencetech/article-7868821/ … a crater has been uncovered that was left behind by what is described as a giant meteor that is thought to have hit the Earth around 800,000 years ago. In other words, during the Pleistocene geological period. The meteor has been suspected for many years but the site of its crater has remained elusive. It is now said it exists under a thick layer of volcanic lava on the Bolaven Plateau in Laos. 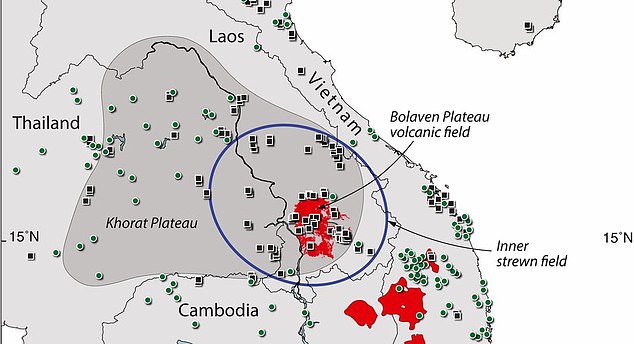 … It is said to have spread rocky debris across our planet – tiny glassy blobs of melted rock known as tektites which are found from China to Antarctica.

The impaact site is said to have had several flows of lava that they date between 780,000 and 51,000 years ago – which means it was excited on several different occasions.

The story is also at www.yahoo.com/news/one-biggest-meteorite-crashes-earths-183800405.html … the bed of volcanic rock in Laos is 1000 feet deep. A nearby sandstone outcrop contains fractured quartz grains which geologists now think were proximal ejecta from the impact event. Below are images of tektites … 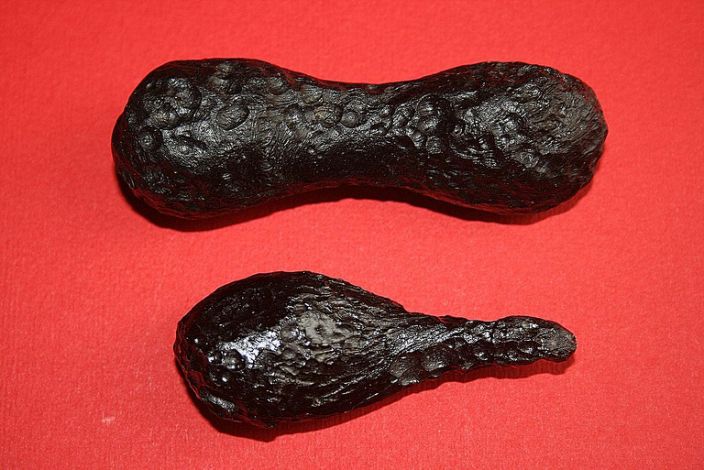