William sent in the link www.yahoo.com/news/oldest-impact-crater-on-earth-found-and-it-could-thro… … which concerns the discovery of a big, if not gi-normous crater, which it is calculated, occurred roughly at the end of snowball earth. The inference is that global warming was caused by the impact when in fact the exact opposite is more likely – an impact event causing a cooling of the climate. 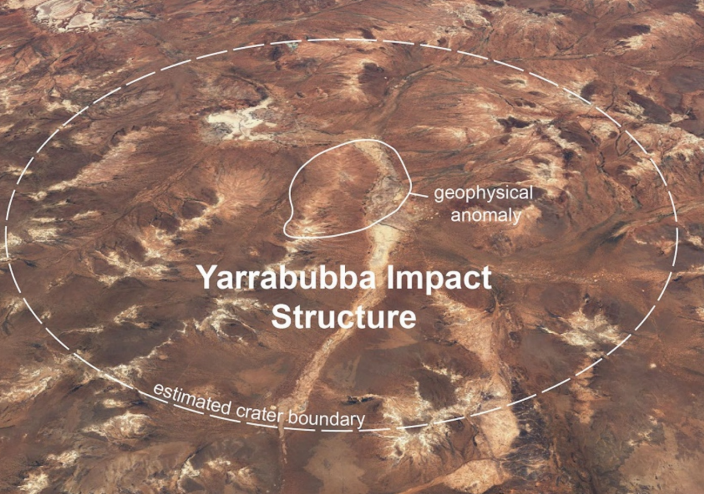 … The Yarrabubba Crater is in Australia, an area of the world where old rocks have survived – or have not been covered with deep layers of sediments. The crater is said to go back 2 billion years – a very long time ago. Minerals such as zircon (flavour of the day amongst geologists as it pops up in a number of studies) and monazite were found in the crater – as well as uranium and lead. The interesting point here is that uranium decays into lead and this fact was used to date the crater. We are told the intense pressure of the impact itself caused the minerals to lose some of their lead content which effectively reset the dating  counter, the inference being their dates are solid. Hence, they express confidence in their date as there is a known (or assumed) period in which uranium is thought to decay.

A day later and the story has popped up at https://wattsupwiththat.com/2020/01/23/new-research-finds-earths-oldest-… …. which of course comes with lots of comments, many of them from scientists and other rational people. After reading some of the arguments (there are always lots of mishmash whenever global warming is invoked) it occurred to me the idea the strike caused warming and an end to snowball earth may in fact have been a ploy by the authors in order to get past peer review and have their research published. The comments at Watts Place  seem to be saying it is unlikely there was any warming – but some argue otherwise. We also have some negative comments about the Younger Dryas impact theory, especially by geologists steeped in uniformitarian thinking. Worth a browse if you have the time.