At https://www.gaia.com/article/turkish-archaeologists-find-site-much-older… … excavations at Boncuklu Tarla (also in SE Turkey) have yielded 11,300 year old mini Gobekli Tepe like structures. It has three well preserved monolithic structures described as resembling those at Gobekli Tepe – but the stelae have no figurative inscriptions (unlike the ones at Gobekli Tepe). What is interesting, however, is that the new site dates just 600 years after the onset of the Younger Dryas event.

The walls were constructed of rubble and clay (as a matrix) – surrounding the monoliths. Archaeologists have yet to dig down into the foundations – so it may date even earlier. It is also worth pointing out that 90 per cent of Gobekli Tepe has not been excavated and new discoveries are sure to be found when further probing occurs in earnest. 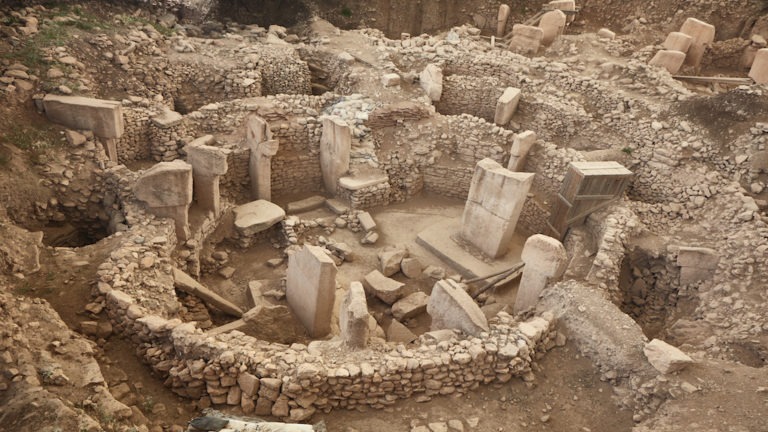