At https://phys.org/news/2020-03-powerful-ion-nasa-dart-mission.html … we have a report on NASAs DART mission which is designed to intercept a possible asteroid strike on Earth at an ill defined point of time in the future. Although it is a back seat mission a trial is due to begin in 2021 in order to test the NASA Evolutionary Exenon Thruster ion engine. A small asteroid has been chose as the target – 6.3 million miles away. 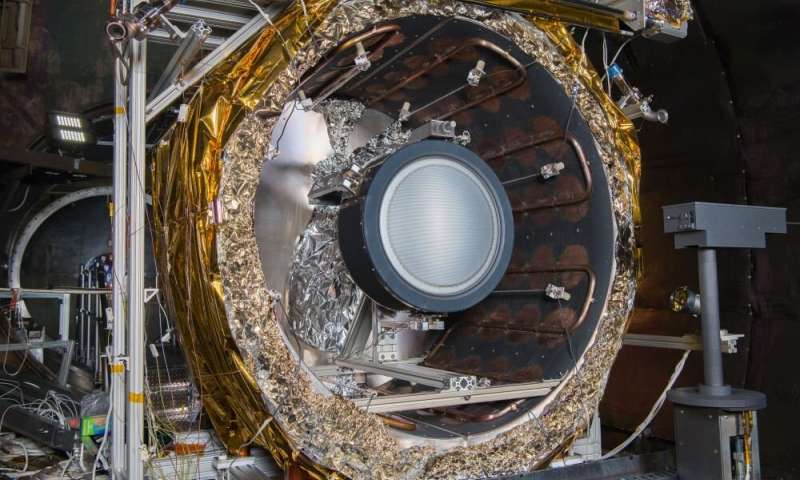 At https://phys.org/news/2020-03-revisiting-decades-old-voyager-scientists-… … back in 1986 Voyager 2 came within 50,600 miles of Uranus collecting data which revealed two new rings and eleven new moons – and very cold temperatures (at least in the upper atmosphere). Some 30 years later scientists had a relook at the data and found Uranus was magnetically anomalous. Unlike any other planet in the solar system Uranus spins on its side – every 17 hours. Its magnetic axis points 60 degrees away from the spin axis.

At https://tallbloke.wordpress.com/2020/03/24/flashback-to-2009-researchers… … which is aimed at the insistence the climate change faithful have in the idea co2 causes climate change. Researchers, on the other hand, take a different angle. Using a century of observations they found connections between the solar cycle, the stratosphere, and the tropical Pacific Ocean that work in sync to generate periodic weather patterns that affect much of the world. A slight increase in solar energy during the middle of solar cycles, or at their peak we might say, is obsorbed by stratospheric ozone that warms the air in the stratosphere above the tropics where sunlight is most intense – which in turn stinulates the production of more ozone (that in turn absorbs even more solar energy). At the same time increased solar insolation at solar cycle peaks causes a small warming of the ocean surfaces leading to more evaporation of that water – leading in turn to increased levels of water vapour upstairs. The moisture is carried by trade winds to the tropical Pacific fueling heavier rainfall etc.

Finally, back to black holes – and another mystery it would seem. Supermassive black holes are said to form shortly after Big Bang – at https://phys.org/news/2020-03-supermassive-black-holes-shortly-big.html … it involves numerical calculations of the process of dynamic migration and fusion of stellar black holes. Calculations on an assumption but designed to prove it was possible that black holes could form within 800 million years after Big Bang (which had apparently perplexed cosmologists). Black holes could have already populated the universe in a fairly short period of time.