At https://electroverse.net/auroras-without-a-solar-storm-sign-o-the-times/ … Electroverse is a sort of alarmist blog preaching global cooling is on the way. Nevertheless, it picked up this story with an origin at https://spaceweather.com [11th October 2020]. No sun spots. No solar flares. No coronal mass eruptions. No gust of solar wind. No reason to expect an outburst of auroras on October 11th – but there was. Over Norway, at least, as both sites have a nice image of it. A complete range of colours – including pink. The explanation is that a crack opened in earth's magnetic field. Slow moving solar wind poured through the gap sparking an array of auroral colours. Pink appears when the electrons are able to burrow deeper into the atmosphere. Green occurs when electrons strike atoms of oxygen between 100 and 200 km above the surface. Pink occurs when the electrons interact with nitrogen at 100 km or lower.

It seems these cracks in the earth's magnetosphere are becoming more common as a result of a weak magnetic field associated with the wandering magnetic poles, moving from Canada to Siberia. The image below comes from Markus Varik of Tromso. 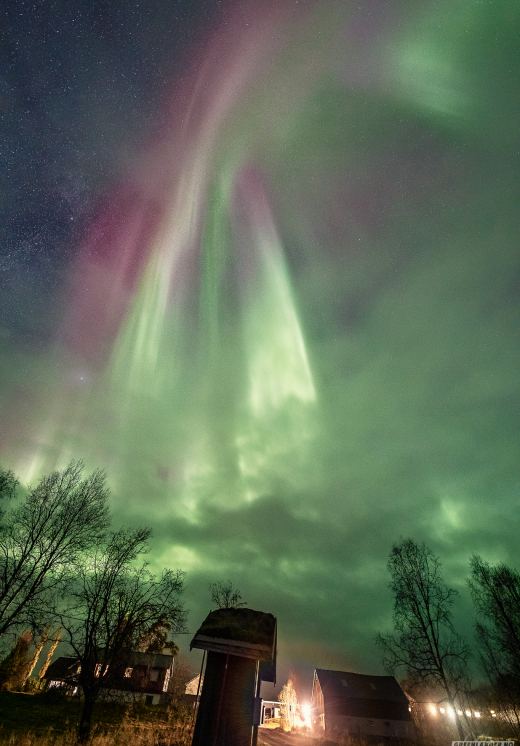 Meanwhile, the Orionid meteor shower is upon us. This is debris left behind by a passage of Comet Halley.