At www.space.com/24005-halleys-comet-linked-to-ancient-famine.html … we hear that a piece of Halley's comet might have impacted with Earth in AD536, blasting dust into the atmosphere and cooling the planet. No, this does not involve Mike Baillie – but it does resurrect some of his work. It is a new study led by Dallas Abbott of Columbia University and the news report is because Dallas was a speaker at the recent AGU meeting in California. The event, an impact or an atmospheric explosion along the lines of the recent Russian meteor, but much bigger, subsequently was followed by the Justinian Plague (here dated 541-2), thought to be the first recorded emergence of a Black Death like plague (but challenged by others). The new study used evidence squeezed out of Greenland ice cores laid down between AD533 and 540. These seem to show large amounts of atmospheric dust, and characteristic minerals in that dust, such as tin. Abbott claims this is evidence of a cosmic origin of the dust, and no doubt others will say it is not. It was deposited in the spring which may pose a link to the Eta Aquarid meteor shower = material shed by Halley's comet that Earth passes through each April/May. The Eta Aquarids, it is suggested, are responsible for the cooling episode – but not fully so. Another agent was also involved. This could have been volcanic but Abbott favours an ocean impact as the ice cores also contained tiny tropical marine organisms such as diatoms and silicoflagellates. 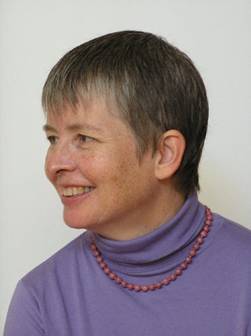 A study in 2004 proposed a comet fragment some 600m wide exploded in the atmosphere. We may compare this with the recent Russian meteor which was the size of a bus. Dust in the atmosphere could have rapidly spread around the globe resulting in the cooling episode. It will be interesting to see how far Abbott is able to take this claim.