At www.bbc.co.uk/news/world-middle-east-25593526 … Japanese archaeologists have discovered the tombe of a brewer in Egypt. His tomb is dated to dynasty 18 or 19 and the inscriptions describes him as the 'head of beer production' under the auspices of a temple or royal estate. The same story is at various other online sources where we learn that wall paintings in the tomb depict various details of life in the ancient world – see image below 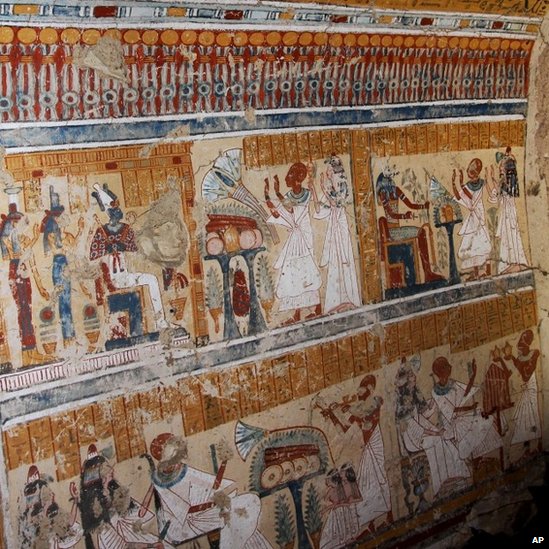