Thunderbolts for October 6th is 'I'm singeing in the rain' and is about charged water molecules interacting with Saturn's ionosphere – ionic rain from Saturn's Rings. These are one of the unusual and unexpected findings of the Cassini Mission which has interesting equipment onboard in order to study plasma and electromagnetism. 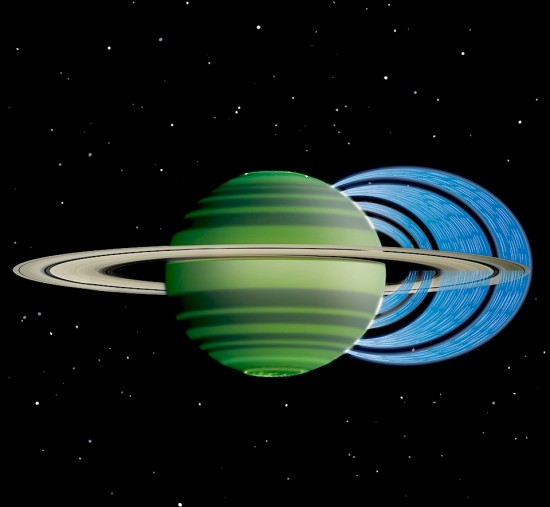 William Thompson points out that Donald Patten painted a similar picture in his work, 'The Biblical Flood and the Ice Epoch' as long ago as 1966. For example, in chapter 5 'The Tidal Waters of the Biblical Flood' and chapter 6, 'Glaciogenesis: the source of the ice epoch' and chapter 8, 'actual catastrophism in ancient literature'

The book is available online at www.scribd.com/doc/15782993/The-Biblical_Flood-and-the-Ice-Epoch-scribd.com. You can make your own minds up.

Sam Windsor responded positively to the Thunderbolts piece – go to www.thunderbolts.info/wp/2014/10/06/im-singeing-in-the-rain-2/ … Windsor said an ice ball approaching Earth in combination with electromagnetic reactions to that object could have provided a low enough temperature to account for the near instant freezing of mammoths in the Arctic Circle. An object below minus 300 F would have reduced the air temperature of the atmosphere to the extent the very air the mammoths breathed was incredibly cold. In fact, he suggested the air literally tuned liquid (thermodynamics) and they breathed liquid air. He continued by saying the mammoths were frozen from the inside out. Of course, his argument is more complicated than that but as co-author with Patten of several books the information is already out there to be read.