dinosaurs with feathers and dinosaurs that look like ostriches – see http://phys.org/print365249627.html … the point of interest ffor Catastrophists here is that the tail feathers and some soft tissuye was preserved. The plumage has been compared with that of an ostrich – and the artist's impression below is extremely ostrich like. 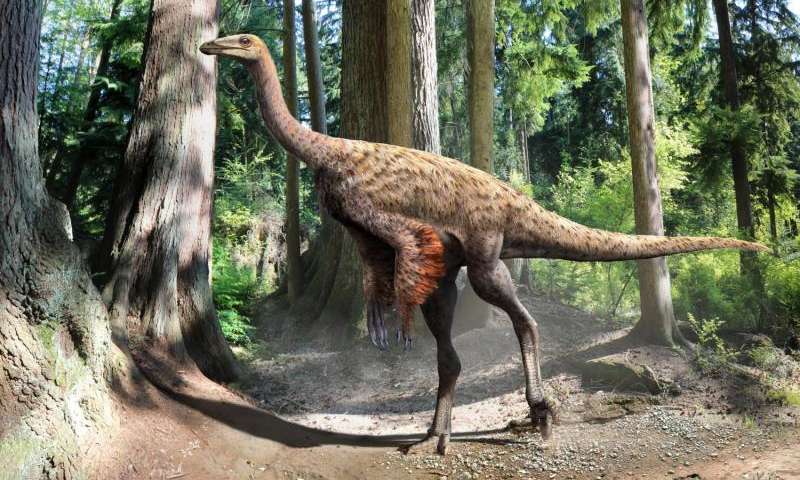 At www.indiegogo.com/projects/echoes-of-the-jurassic#/ … there is a video of an interview with a scientist specialising in dinosaur remains commenting on the discovery of soft tissue from dinosaurs at various locations around the world. It is extremely interesting and although it is a Creationist web site and they are determined to show that dinosaurs lived just a few thousand years ago rather than millions of years ago the subject is one that consensus scientists tend to shy away from. These things are not generally open to Joe Public and debate takes place around academic armchairs. It is not worth a Palaeontologist's job to say that the geochronological time scale might not be all it is cracked up to be. Hence, we have to rely on Creationist scientists to bring these issues into daylight. You will be surprised at just how much soft tissue from dinosaurs has been found – or may be not if you are a Catastrophist.