The story is still travelling around the Net – see http://archaeologynewsnetwork.blogspot.co.uk/2016/01/bronze-age-houses-u… … and comes complete with images (which must have been released by Cambridge University) 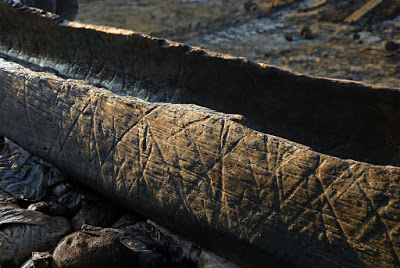 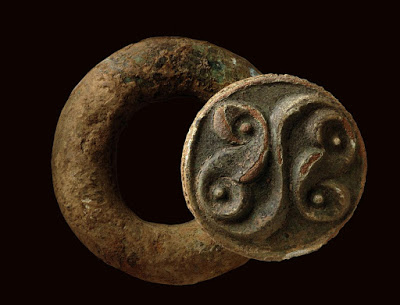 We learn the excavation of Must Farm is only halfway through – lots still to go. The site is 2m below ground surface – but not particularly significant as it is the Fens. Archaeologists have reached the old river bed as it was in 1000-800BC. The roof timbers of one of the houses is charred but well preserved. There is also the remains of a timber palisade which enclosed the houses. The site is now a clay quarry near Whittlesey in Cambridgeshire and the river is part of the Flag Fen basin which was a famous excavation some years ago.