At http://cphpost.dk/news/spectacular-archaeological-find-in-denmark.html … we have a stone age map (one of several in fact) going back to the Neolithic in Denmark … 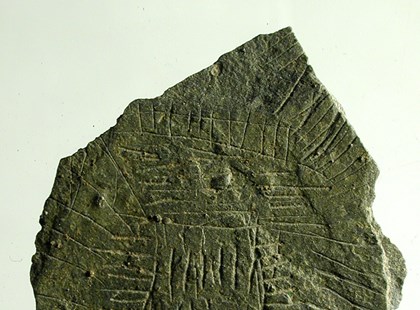 … scientists at the National Museum of Denmark are reasonably certain the image does not portray the sun or its rays but display the topographical details of the island of Bornholm as it was in the first half of the 3rd millennium BC.

At https://archaeologynewsnetwork.blogspot.co.uk/2016/10/rodents-eaten-by-n… … the theory that Orcadians were eating field voles is being aired as a result of finding the burnt bones, in quantity, in waste heaps on the Orkney Islands (close to Skara Brae). Rodents were eaten in other countries and the Romans had an appetite for glisglis it is alleged. During excavations so many bones of voles were found in garbage, accumulated over a long period of time, the archaeologists were left with no alternative but to consider they were being roasted and eaten. They may of course have been caught and dispatched in a communal fire of some kind as voles were probably a pest to the grain stores of the inhabitants of Skara Brae. However, it is a reasonable deduction to think they were being eaten (pest or otherwise) as an easily caught source of protein.

At https://archaeologynewsnetwork.blogspot.co.uk/2016/10/viking-figurine-of… … after several decades of specialists telling us that the Viking horned helmet is all a myth and they never wore them up pops a bit of reality in the form of a small figurine depicting the god Odin wearing a horned helmet. Scholars may argue over what Viking horns represent – (bulls or other animals) but the fact that comets have two jets may infer a quite different reason for the appendages. 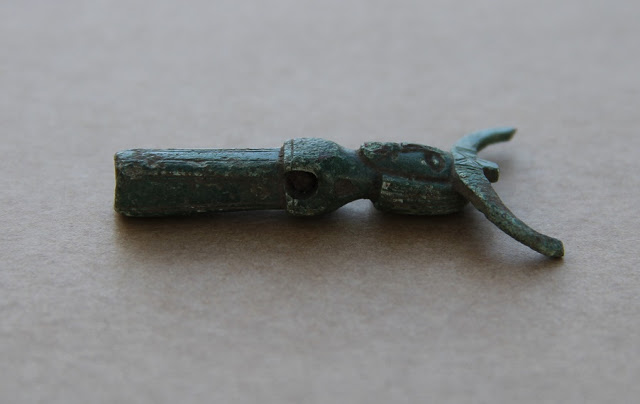