At http://phys.org/print396897323.html … and http://phys.org/print396788543.html … we learn that a fossil hunter in Sussex found a pebble of unusual dimensions and put it into his pocket and took it home. He then sought to find out what it was and it turns out it was part of a dinosaur brain – preserved over millions of years. Various theories exist to account for its survival as soft tissue is rarely found in a fossilised state. Instant burial in a swamp is one idea put forwards. It belongs to a member of the Iguanadon family – a browser with a long neck. Was its head close to the ground when it was overwhelmed?

The chances of preserving soft tissue we are told is an extremely rare incident. This particular specimen was pickled – in a high acidic and low oxgen content water (or wet soil). 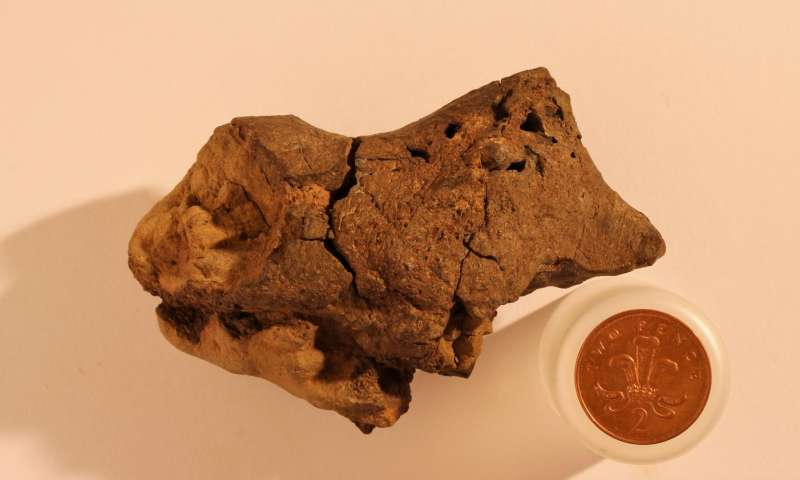 At http://phys.org/print396897402.html … a transitional fossil – half a snake and half a reptile has been debunked. It was a water dwelling reptile.

At http://phys.org/print396896958.html … a sea cow like creature has been found in limestone paving stones in Spain (on the sidewalk). What was found was slices of the breast bone and skull of an ancient marine animal. As the rock had been cut up into sections to create the paving stone the palaeontologists had a side sectional view of the animal. They have subsequently lifted the paving stones.

At http://phys.org/print396689593.html … a fossilised parrot has been found in Siberia by a Russian palaeontologist. Finding parrots living in Asia was a surprise – especially as far north as this example. It dates from the early Miocene. Parrots live in tropical or subtropical habitat – is this evidence of pole shift? If so this would coincide with the freezing over of the Antarctic continent – which occurred at roughly the same time (16 to 18  million years ago).