At http://mars.jpl.nasa.gov/msl …. we learn that Curiosity Rover has come across an odd looking iron meteorite – the size of a golf ball. It is the remains of a meteorite, it is thought, that had fallen out of the Mars sky. It has been dubbed the 'egg rock' and has been examined by a laser firing spectrometer. It is also thought iron meteorites originate as a result of asteroids melting. Molten iron and nickel form lumps – hence iron meteorites 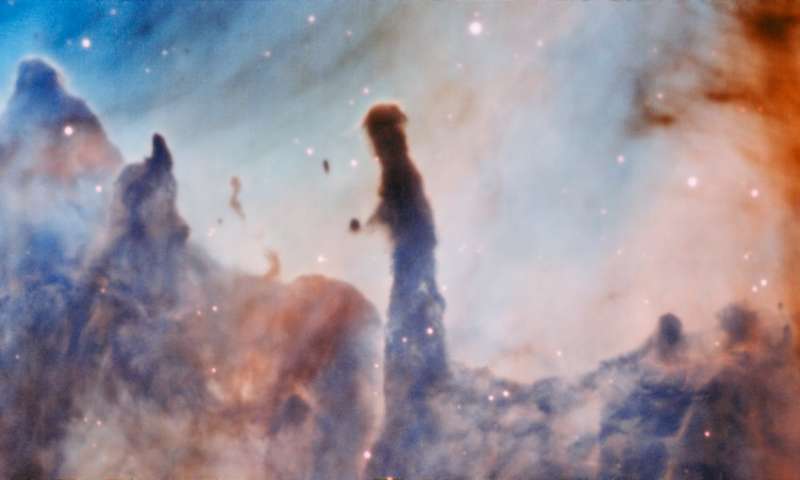 the spires and pillars are in fact vast clouds of dust and gas.

At http://phys.org/print397309947.html … a 'nearly naked' black hole. They claim to have observed a black hole racing away from a large galaxy after it had swallowed up another smaller galaxy. What did they really see? If is said to have left behind a wake of ionised gas (was that all that was seen and the black hole connection is imaginary?). If so what was really racing away – apart from the gas?

At http://phys.org/print397287629.html … the hunt for clues on how galaxies form. How did galaxies emerge out of the featureless soup imagined to have followed the Big Bang beginning event (or the scientific act of Creation).