It seems Comet Churyumov Gerasimenko (or Comet 67P in shorthand), the target of the ESA Rosetta Mission that dominated the astronomy news in 2015 is still fascinating scientists (now producing their write ups from the data). One outburst of dust involved a landslide on the comet. When it rounded the Sun in 2015 cliffs collapsed and ripple like features about 100m across appeared and disappeared, dust eroded and boulders rolled around on the surface. The mainstream view is that this occurred as a result of increased sunlight and warmth (affecting ices under the surface). See Science March 21st (2017). At https://www.sciencenews.org/article/close-pass-sun-didnt-radically-alter… … the point is made that the passage around the Sun did not greatly affect the landscape of the comet. There were minor changes. This contrasts with the treatment of the comet by the people at http://thunderbolts.info – see for example https://www.youtube.com/watch?v=jTA9MxaauG8 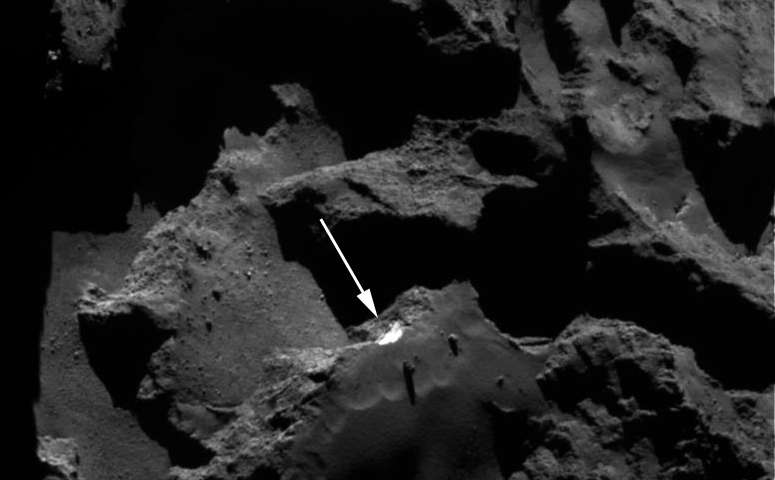 …  and the rolling boulders – see below … 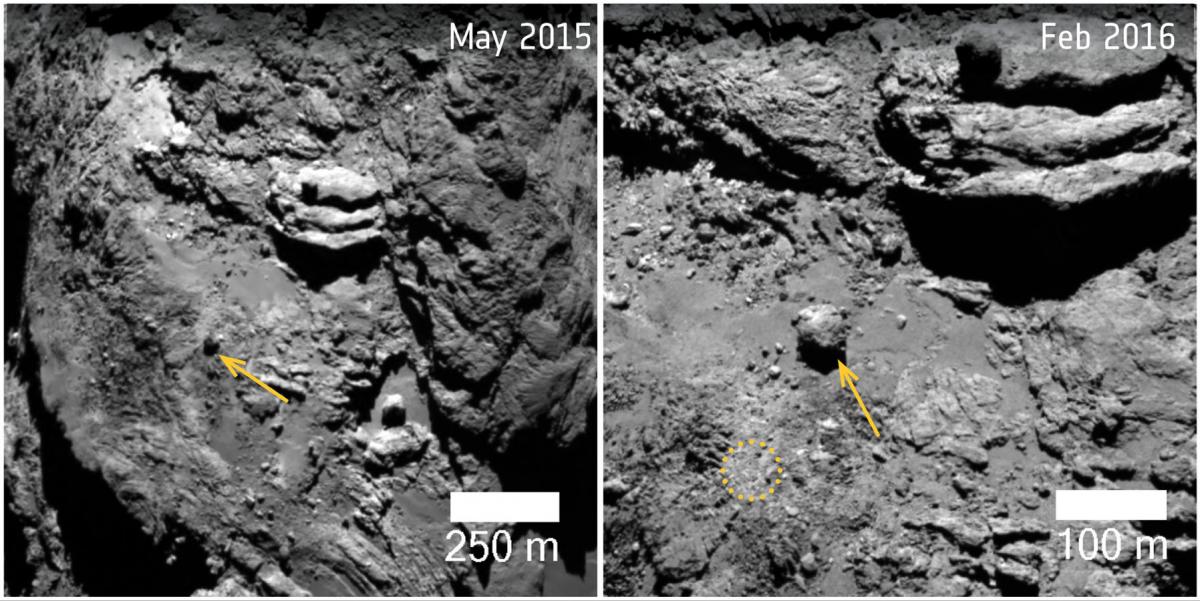 weathering occurs all over the comet – evidence of heating and cooling cycles (it is thought). However, a 500m fracture was seen on the neck of the rubber duck, suggesting it will eventually split into two piece. It is also clear that when it approached the Sun activity on the comet increased – and subsided once it had began pulling away. Dust and gas was being lost all the time – and increased on occasion. So far mainstream aren't prepared to abandon the dirty snowball theory and sublimation as a result of the Sun's warmth. New findings are being built into the old theory and this will continue for the time being.