At www.dailygalaxy.com/my_weblog/2017/04/new-nasa-discovery-our-sun-and-pla… … (and see also https://phys.org/print412251784.html ) which informs us that new data from the Cassini mission and beamed back by Voyager spacecraft and NASAs Interstellar Boundary Explorer (IBEX). This indicates the Sun and the solar system are surrounded by a giant 'round' magnetic field. This new discovery calls into question the rpevious view of the solar magnetic field trailing behind the Sun with an elongated, comet like, tail.

The Sun produces a constant outflow of solar wind that fills the inner solar system and reaches out far beyond the orbit of Neptune. The solar wind creates a bubble known as the heliosphere – a bigger version of Earth's magnetic field. However, the solar system also moves through interstellar space we are told – but is it within an even bigger bubble, galactic in size? 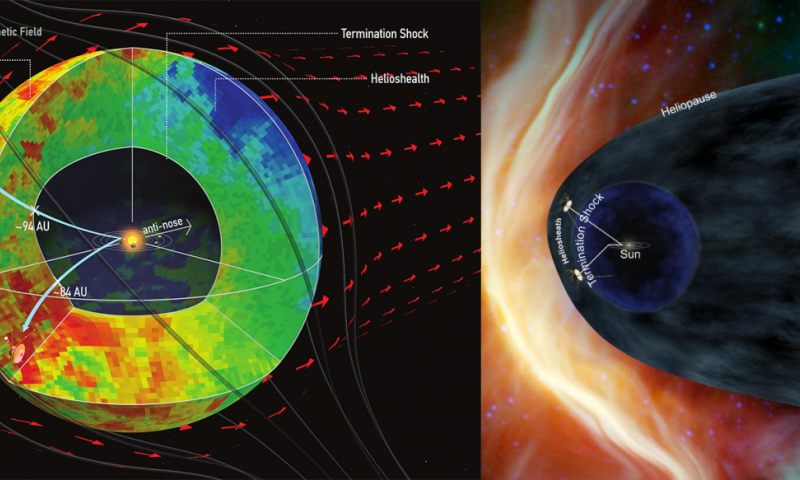 … The most important part of the new research findings is that because it is round it means the magnetic processes with the heliosheath is much higher than previously thought. The article is also derived from The Conversation – therefore the expression of certainty.