Robert Maglione has written a book, 'The Legendary Shamir' which should interest various members of SIS as the question of what was shamir has cropped up on several occasions over the last 30 years. It is 416 pages long and has 8 colour plates, 51 figures, and 9 tables. The author has investigated the possible sources of radioactivity used by Moses, and then by Joshua, during the wandering of the Hebrews in the desert, and has found it in the legendary Shamir, presumably some kind of stone but just the size of a barleycorn. It seems to have possessed radioactive properties that are mentioned twice in the Bible. Maglione has experimented in a laboratory with orgone devices and deduced that the electrical phenomena produced by the Ark of the Covenant were the result of a very high Oranur field created by the Shamir when situated inside the ark, producing high amounts of electric energy. The use of the Ark as a war machine, or as a communications device, were secondary functions, he says.

The author also investigated the fate of Shamir after its radioactive power had vanished, drawing a parallel with what became of the small amount of radium used by Reiche in his orgone motor. It lost its radioactivity and transformed itself into a stone with highly beneficial and life-enhancing properties, called the Orur. Did Shamir, after disappearing from the religious scene, revert into a stone with special properties. Does Shamir have a connection with the Templars and alchemists, in esoteric circumstances, giving rise to legends such as the Philosopher Stone. 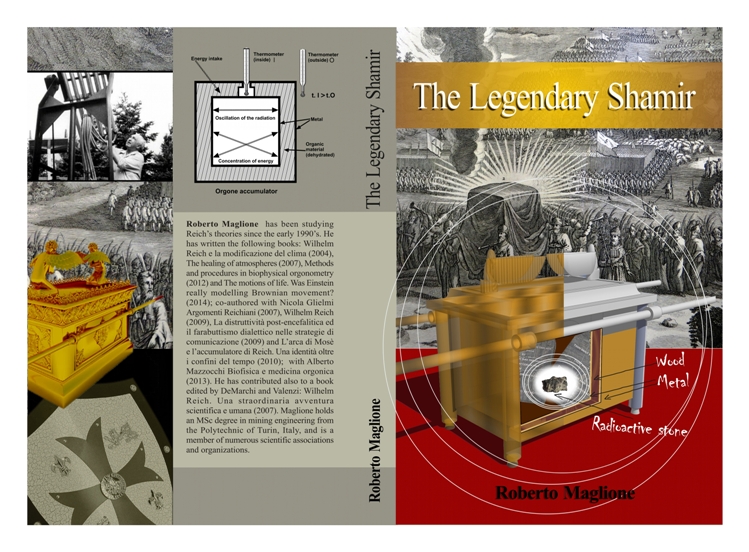