Sent in by Kevin – www.bbc.co.uk/news/science-environment-41665459 … wildlife colonises man made rock pools. Researchers at Aberystwyth University in Wales have drilled holes the size of baked bean cans into a breakwater made of smooth granite blocks in order to encourage intertidal life forms. The blocks themselves attracted few creatures and it was thought it was the smooth nature of the blocks that might be at fault. Once the holes had been made they were quickly colonised by fish, sea anemones and honeycomb worms. The scientists now hope thousands of miles of sea walls planned and under construction to hold back expected sea level rises will incorporate wildlife friendly features such as this. They have also designed an experimental form of concrete – reefcrete. 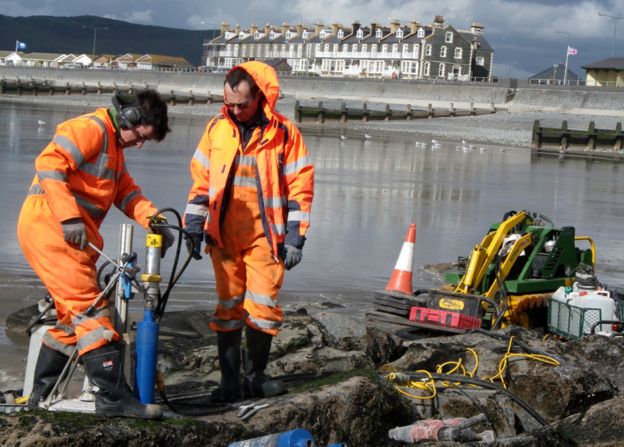 … rather than drilling holes it would of course be more practicable, and cheaper, to incorporate them when laying the breakwaters. The report is by the BBC arch global warmist Roger Harrabin. Has he thought this story through to its logical outcome. Concrete is a co2 intensive industry, or so we are led to believe – adding to the likelihood of environmental armageddon. What will the Green Blob have to say about that? Will we have another example of climate change environmentalism threatening genuine wildlife preservation. It would also provide local jobs – making reefcrete – another no no as that is against the globalist manifesto, exporting jobs. Oh dear Roger, you would have been better keeping this under the carpet. Nice idea though – and could rejuvenate jobs somewhere in blighted blighty.