Gary sent in this link to www.dailymail.co.uk/sciencetech/article-5145709/Rare-Bronze-Age-iron-too… … (see also https://phys.org/print431602816.html ) meteoric iron was in use during the Bronze age is the them of the findings in the Journal of Archaeological Science (December 2017). The Iron Age proper began after 1200BC – after the end of the Late Bronze period. However, as long ago as 3000BC iron artefacts were being made (see image below for example) – but formed out of meteoric iron. The iron arrived from the sky as already made. The iron age began only after the invention of smelting – producing iron from ore. 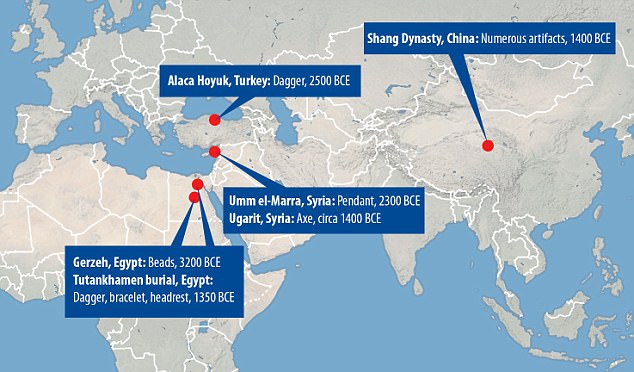