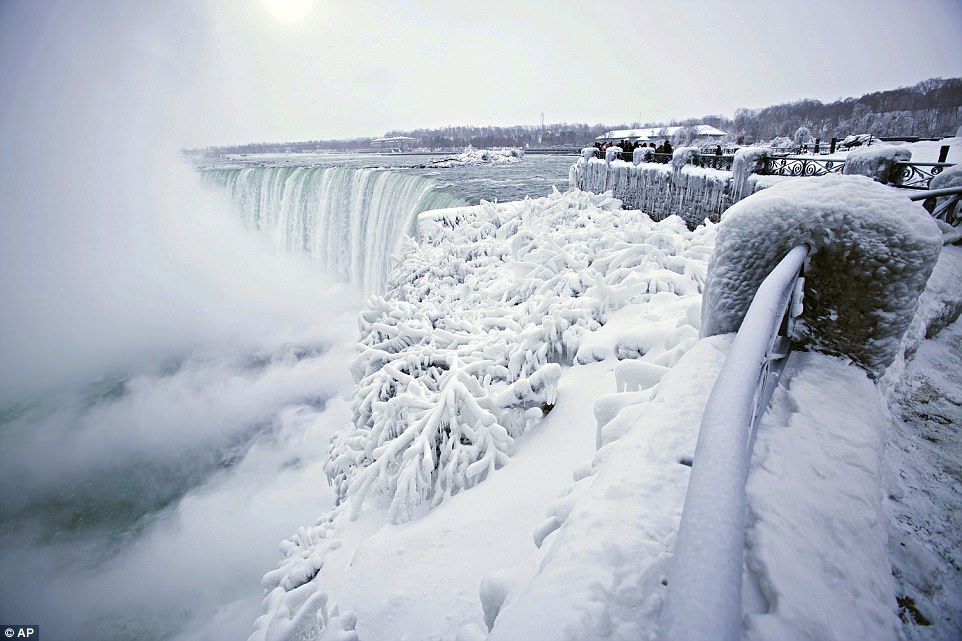 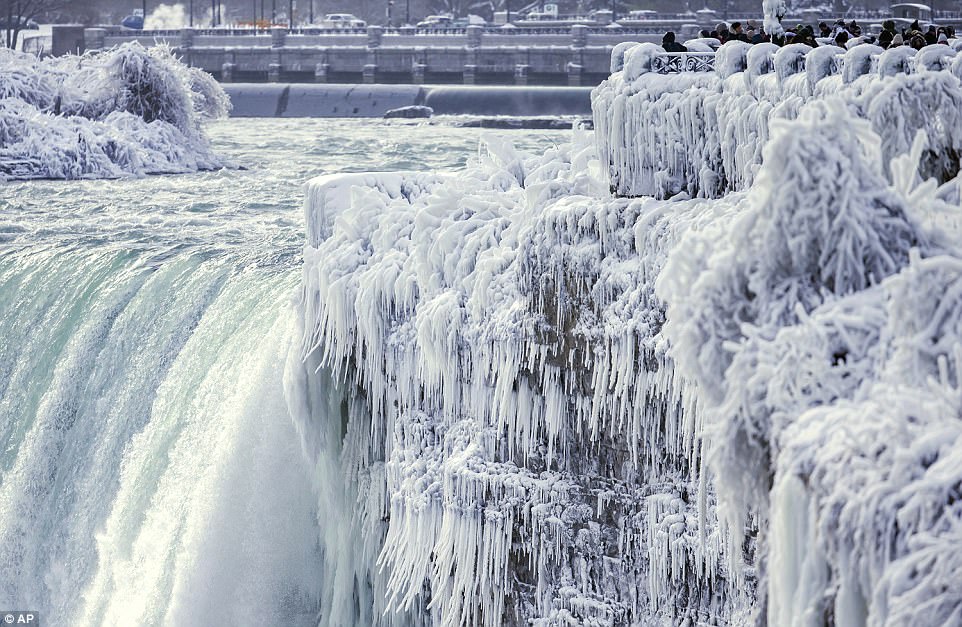 … images on the Daily Mail web site. Meanwhile, at https://co2islife.wordpress.com/2018/01/01/no-joke-during-record-cold-sp… … and https://co2islife.wordpress.com/2018/01/01/co2-is-nearly-33-higher-and-t… … while at http://notrickszone.com/2017/12/31/the-great-freeze-of-2017-setting-cold… … which brings us back down to ground. The record breaking cold freeze covering a large part of N America east of the Rockies has led to some inflammable claims by both sides.  – although the inflammable word probably more fits the warming side. Trump took a potshot with a jokesey tweet and it set the ball rolling. The manifestation of mental gymnastics that then ensued is beautiful to behold – cold is the new warm. It doesn't matter what the weather is it's all down to co2 and wicked fossil fuels. A few years ago we were told our children would never know what snow was – as the climate warmed up during the 21st century. The winter of 2010 put an end to that but for some reason people still actually believe global warming can now cause snow to fall. Now, in 2017, we have Niagara Falls freezing over and it too is all down to the Arctic warming – even though sea ice is expanding. Meteorologist Joe Bastardi tweeted the New Year cold weather is purely a natural event and it has nothing to do with cooling or with co2 (a man with his feet firmly on the ground). It is another example of an event that is quite normal going viral simply because the alarmists (on both sides) want to make a connection with their own pet theories – those that believe passionately the world is warming and the opposite side who are forecasting an upcoming Little Ice Age. Reality is somewhere in the middle. The CAGW crowd got hot and bothered over a couple of hurricanes in the summer and some wild fires in the autumn. Now, the global coolers are highly excited by a cold spike in December. Trump doesn't give a hoot – he is just as likely to make fun of global cooling as he is of global warming. Joe Bastardi hits the nail on the head. These things have happened before and will continue to happen in the future – although the wild fires were aided and abetted by forestry management practises that are environmentalist in nature rather than designed to protect against fire. The same thing for the same reason happened in Australia a few times – and it would happen in the UK too if our forests were not so damp. However, the reason why we have a cold winter is simply because it is a La Nina year (transferring cool waters through the Pacific and Indian oceans and up through the Atlantic into the Arctic Sea. In 2015 we had a mild winter as it was an El Nino year – which spilled over into 2016. It is a natural cycle.