At https://phys.org/print437129335.html … HINODE captures record breaking solar magnetic field. A sun spot observed by the HINODE spacecraft. Astronomers in Japan discovered the largest magnetic field ever directly measured on the surface of the Sun. It seems to have been generated as a result of gas outflow form one sun spot pushing up against another sun spot …. (see below) 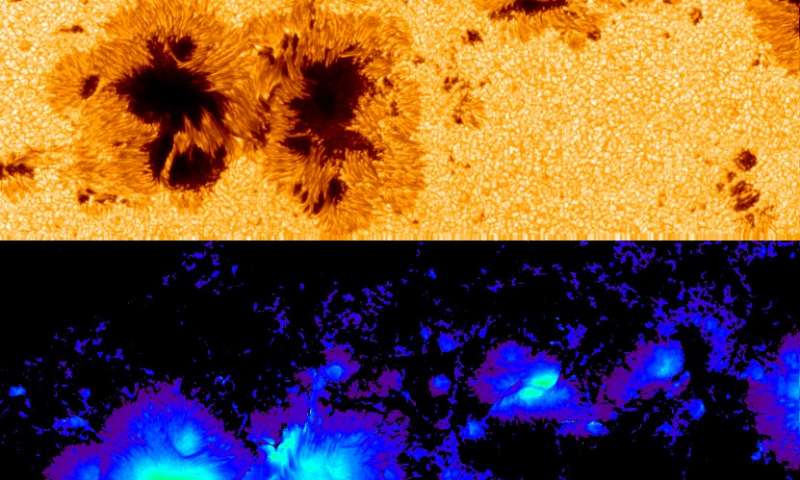 At https://phys.org/print437109779.html … the slow retreat of the Moon away from the Earth is the feature of this story. The Moon's fossil bulge, we are told, may contain secrets of Earth's early evolution. The Moon is currently receding at the rate of 4cm a year – as a result of gravity or tidal inter-acion. The same process causes the Earth's rotation to slow down and the length of the day increases.  Laplace (going back a bit) determined the Moon's equatorial bulge was 20 times too large for its one revolution a month rotational rate. Did it rotate faster in the past. We now have a piece of research based on computer simulation modelling that found it could have been slow – but requires taking the process back 4 billion years. However for that to be the case Earth's energy dissipator in response to tidal forces would have to be greatly reduced (in the remoter past). To account for this they project a snowball Earth – to eliminate tidal dissipation.

Over at https://tallbloke.wordpress.com/2018/02/06/existence-of-dark-matter-ques… … the existence of dark matter is questioned as a result of new observations.