Gary sent in this link. At https://news.nationalgeographic.com/2018/02/ancient-rock-art-shows-whale… … using harpoons and rafts humans hunted whales off the shore of South America. The hunt was frozen in time – painted on rocks in what is now the Atacama desert. Whales, swordfish, sea lions, and sharks wee depicted – all fearsome creatures if you are stuck on a flimsy raft in the ocean. Were they really hunting for food? What other reason for the rock art might be considered? Harpoons go back as far as 7000 years ago in the region – wooden poles with an arrow head attached. Therefore a tradition of marine hunts may have been important – especially if whales came too close to the coast and were vulnerable. However, it is a daunting task to kill a whale or a shark armed just with a pointed stone attached to a wooden shaft. 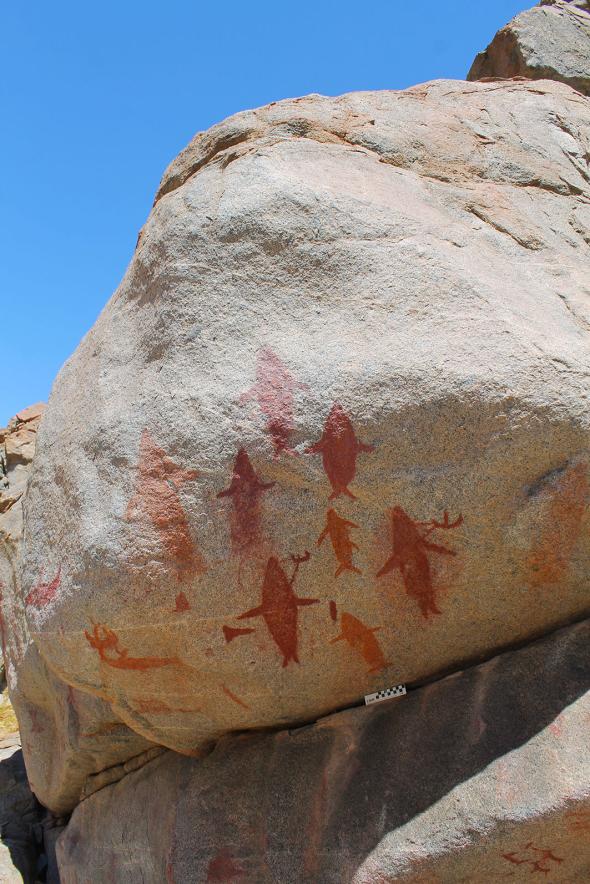