At http://popular-archaeology.com/issue/winter-2018/article/earliest-known-… …. we have the full story of cave art found in Spain that has been dated 64,000 years ago – prior to the arrival of modern humans. A couple of weeks ago we were assured the Neanderthals did not do art. The more advanced modern humans introduced it to Europe – and now this. The date is the basis of the claim it was the work of Neanderthals. The evidence comes from 4 caves in Spain and has been written up in the journal Science (and a second article in Science Advances) (Feb 23rd 2018). The paintings were mostly in red – with the occasionally use of black. They show groups of animals, dots, geometric designs, hand stencils, hand prints, and engravings. The ladder symbol is prominent. The researchers used the Uranium Thorium methodology to date the paint work (and the flow stone covering the paintings). A similar method was used to date sediments in one of the caves. What is being dated is the build up of calcium carbonate in outflow deposits (moisture that turns to a hard coating inside caves). 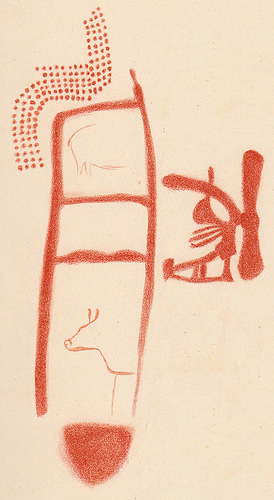 (a typical example of the ladder motif) 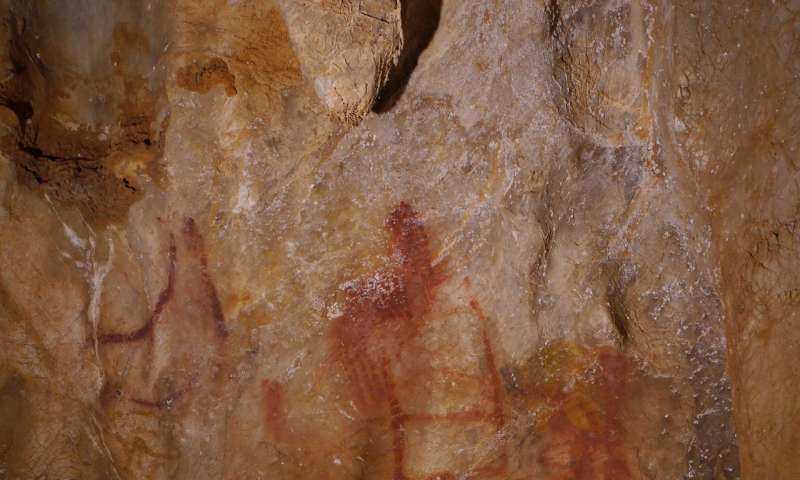 The same story is at https://anthropology.net/2018/02/22/worlds-oldest-cave-art-made-by-neand… … and he tells us again the dating techniques used mineral crusts covering the paintings to obtain an idea of the dates. Also shells in sediment. You can also find the story at https://phys.org/print438504771.html … and they add there is evidence Neanderthals in Europe used body ornamentation 40 to 45,000 years ago and this is hardly too great a step from cave art. Until now researchers have dismissed this as permissable evidence as body ornamentation could have been copied from modern humans – always assuming the two groups overlapped (which they may have not).