An article in Nature Communications (April 2018) suggests that a Eurasian ice sheet did not extend into the Arctic Ocean during the Late Glacial Maximum. This is distinctly different to an earlier glaciation event where an ice shelf larger than Greenland once existed in the Arctic Ocean, so big it has left its evidence of existence on the sea bed – particularly on the Lomonosov Ridge. Scour marks from glaciation seem to show the ice shelf rested directly on the sea bed – much like the Greenland glacier of today. One may wonder why such an ice shelf did not occupy the Arctic basin during the Late Glacial Maximum when the hypothetical ice sheet covering the northern hemisphere was at its maximum extent. Catastrophism can answer that question by suggesting the poles may have moved – at least as far as the LGM is concerned. Might the poles be less stable than currently imagined by mainstream? See for example https://wattsupwiththat.com/2018/04/17/arctic-ocean-may-have-been-covere… …. the Arctic Ocean may have been covered by an ice shelf nearly double the size of the greenland ice sheet – during an earlier ice age. 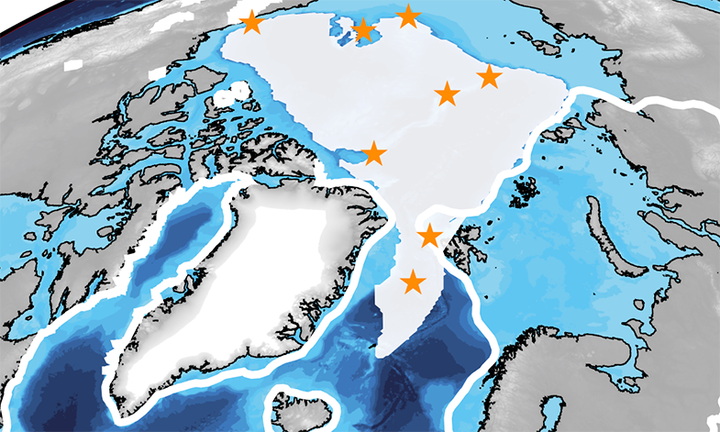