At https://phys.org/print464621303.html … a big space crash likely made Uranus lopsided according to Durham University computer simulation. Uranus is a very big planet so we can imagine a very big object slammed into it. It is tilted 90 degrees on its side. Its magnetic field is also tilted and its five large moons. What caused it to flip over? Here we are into guesswork territory. 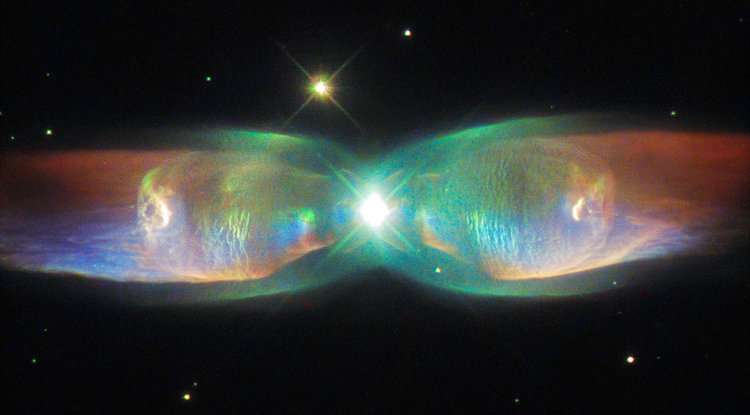 … a glowing, often colourful shell of gas and dust shed into space by a dying star (or that is the consensus opinion). The study asks – where did stardust come from? When stars die they seed the universe, as the theory goes, eventually condensing into new stars, planets, asteroids, comets and meteors etc. University of Arizona researchers (see Nature, December 20th 2018) studying the nebula found it didn't actualy comply with the theory as they discovered it combined elements normally only found in meteorites – heavy isotopes of carbon, nitrogen and oxygen. These elements contain an extra neutron. These require extreme heat in order to form – or that is the assumption. They are thought to form in novae – during events involving exploding stars (creating excessive amounts of heat). The nebula is not thought to be that hot, especially from a star about the size of our Sun. A rethink is taking place – if confirmed by other scientists. For the moment the researchers are looking around for an explanation in order not to upset their peers – and a helium flash is the prime suspect for the moment.