Strange in the sense that asteroids are not thought to be active – even if that activity is like a sleeping man periodically letting out a wheeze. At https://astronomynow.com/2019/03/20/asteroid-bennu-surprises-with-ejecti… … NASAs OSIRIS Rex spacecraft, studying the asteroid Bennu by orbiting it (since last December) has sent back some interesting data. There have been a number of 'ejection events' we are told, in which rocky streams of debris can be seen spinning into space. Some of the activity has lasted for up to a week – but not much of anything actually escapes the asteroid's 'gravity' they say. It is in effect creating its own set of small satellites – but most of the debris eventually falls back to the surface. Looking at the rocky surface of the asteroid one can see that this process has been ongoing for a long time. It is litter strewn with bits of rock, small – and not so small. The spacecraft is set to descend on to the surface of Bennu next year – in order to collect rock samples to bring back to Earth. 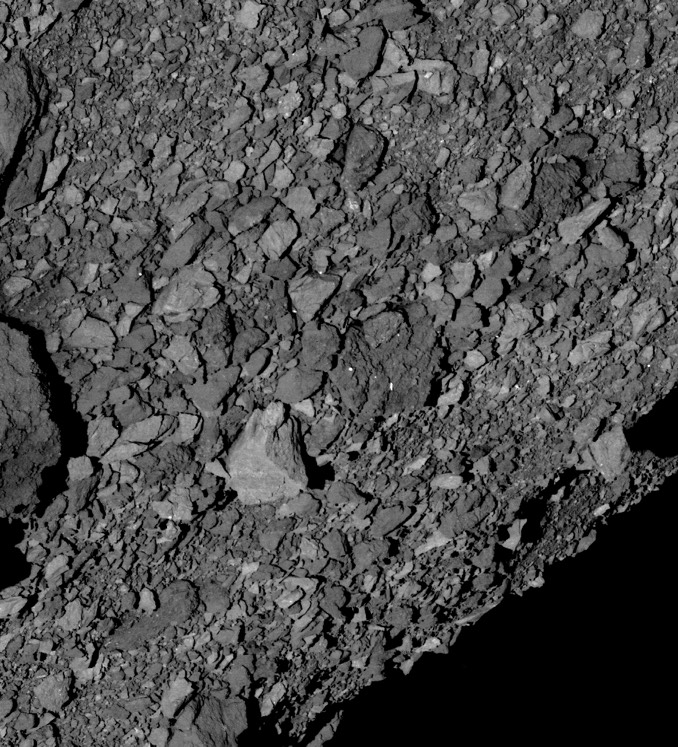 Meanwhile, at https://phys.org/print472810868.html … ions have been shown moving faster than atoms in the plasma stream of a solar prominence. These ions are subject to magnetic forces that do not affect neutral atoms. The faster ions move in sync with the oscillation of magnetic fields.