At https://phys.org/news/2019-11-oldest-carnivorous-dinosaur-fossil-unearth… … the oldest carnivorous dinosaur found to date has been unearthed in Brazil. It has been dated 233 million years ago -during the Triassic. At this time South America was still part of Pangeae (joined at the hip with Africa). The fossil was intact (see image below). Fossil evidence of Triassic dinosaurs are apparently scarce but see also https://doi.org/10.7717/peerj.7903 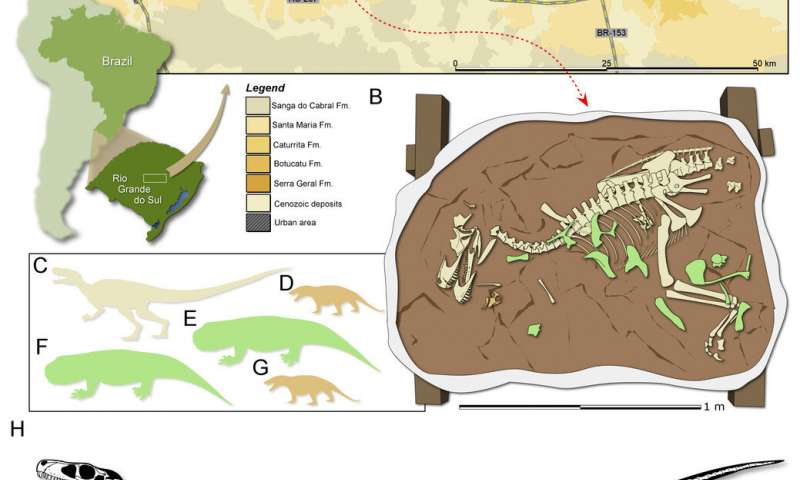 At https://phys.org/news/2019-11-evidence-feathered-polar-dinosaurs-austral… … a cache of 118 million year old dinosaur remains and feathers have been found on an ancient lake deposit that was once situated in the South Polar circle. See also https://doi.org/10.1016/j.gr.2019.10.004 … as far as feathered dinosaurs are concerned this is an important piece of geology. It even has wing feathers and downy body feathers and includes early bird like specimens. It is being hypothesized that the bird feathers were used to enable the dinosaurs to survive in a polar region – but was this really a polar region in the Cretaceous era? They even mention months of polar darkness – in which feathers would not be a lot of use.

At https://phys.org/news/2019-11-fossil-physical-evidence-insect-pollinatio… … (and www.pnas.org/cgi/doi/10.1073/pnas.1916186116 … ). The first known physical evidence of insect flower pollination dating back 99 million years ago (during the mid Cretaceous). The insects were preserved in amber deep inside a mine in Burma. The amber contains both the insect, a sort of beetle, and pollen on its legs – 62 grains of pollen. 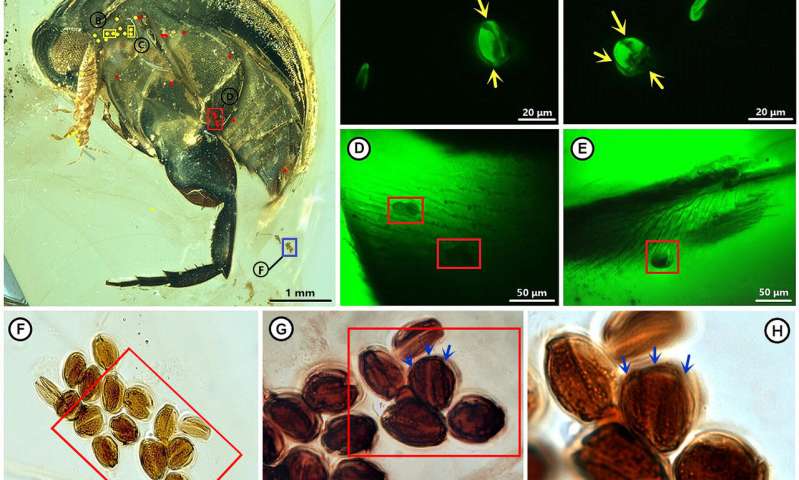 At https://phys.org/news/2019-11-ghost-footprints-pleistocene-era-revealed…. … possibly the most important of the four – invisible footprints hiding since the end of the Ice Age can now be analysed by using ground penetrating radar.