One for the album, as they say. At https://phys.org/news/2020-02-cartilage-cells-chromosomes-dna-million-ye… … and just after I had written this up Robert came up with the same link. Cartilage cells, chromosomes, and DNA, preserved in a 75 million year old baby duck billed dinosaur. How does that happen. The clue is that it gets buried very quickly – which is not on the uniformitarian agenda (except on rare occasions). It was published in National Science Review (2019) – see https://doi.org/10.1093/nsr/nwz206 .. and the study was done by a team including the Chinese Academy of Sciences together with the North Carolina State University and the North Carolina Museum of Natural Sciences, Lund University and the Museum of the Rockies. Microscopic analysis of skull fragments from nestling dinosaurs were conducted at the latter establishment. The possibility that DNA can survive for tens of millions of years is not currently recognised by the scientific establishment. DNA is thought tp persist for no more than one million years – which itself is a long time. Hence, it is clear dinosaur tissue can survive – especially if buried in sediment as a result of the K/T boundary event. That is one possibility. However, mainsteam gradualists would have to accept that sediments can be laid down quickly – and much more often than they allow.

I was thinking that it would not be long before the Creationists responded as they would see this as evidence of a younger earth. Sure enough, Robert supplied the link to https://crev.info/2020/02/dinosaur-dna-found/ … which provides the alternative point of view.

At https://phys.org/news/2020-02-rare-lizard-fossil-amber.html … a rare lizard fossil found in amber. It consists, it would seem, of the front fore foot of a lizard that was trapped in amber dated 15 to 20 million years ago – in the Dominican Republic. 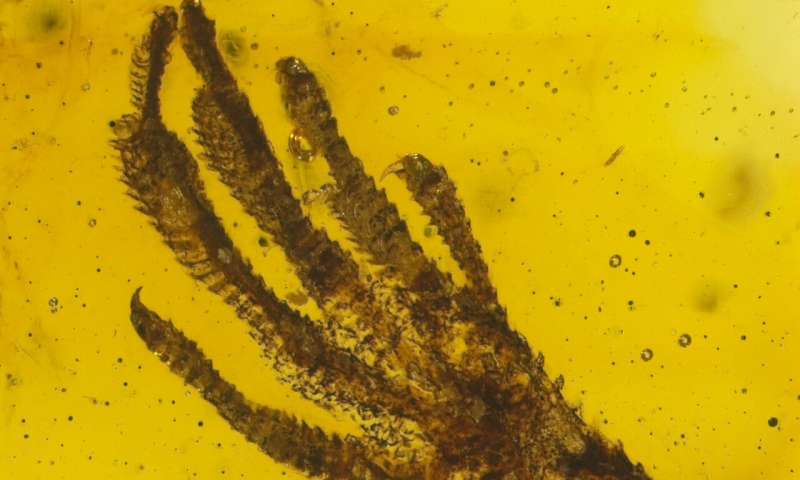 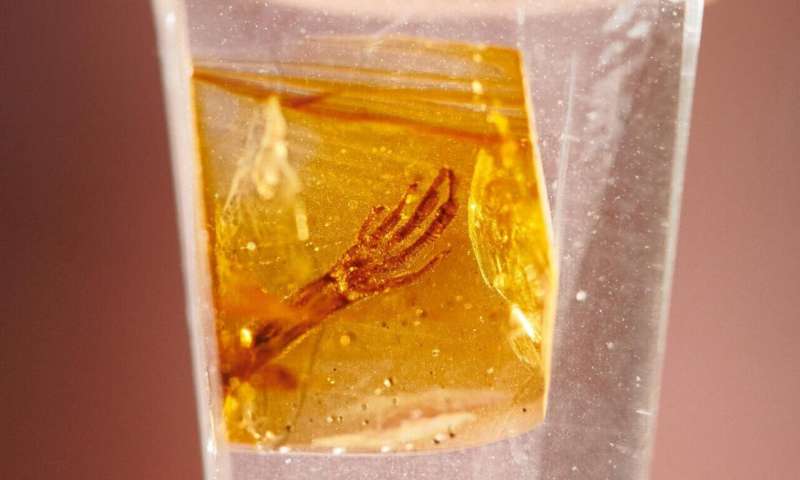