As a result of changes in the jet stream there have been continuous downpours across Britain and Ireland – as well as Germany and Denmark and anywhere else unfortunately in the path of it's switch to the south, placing a well populated swathe of countries within its trajectory. However, we learn that one particular corner of Britain has either been extraordinarily lucky, in spite of being on the edge of the Atlantic, open to stormy weather and rain clouds built up over the ocean, or has it managed to put in place a system to address excessive water. We are talking about the Somerset Levels which back in 2014 experienced horrific flooding and in its aftermath, the removal of the most successful environmental secretary in many a long year. The nooks and crannies of political jousting is neither here nor there but www.dailymail.co.uk/news/article-8075877/ has the story behind the failure of lots of water to have much of an effect in what was once, in the medieval era, mostly swamp and marsh, drained by monks and turned into rich farm land. The church was often bequeathed land that was deemed unsuitable – moorland as much as marsh and bog – but monks were able to bring such land to fruitfulness. Of course, changing climate also played a role – and Dutch engineers (who had built and designed a dyke system in what is now the Netherlands).

It seems the problems with flood plains as much as over swollen rivers in torrent has a fairly recent origin, an EU directed environmental set of regulations inaugurated with the assistance of environmentalist activists and NGOs (aided and  abetted by the quangocracy, the remarkable policy of putting clueless politicos in charge of major infrastructure in the UK). David Hall, chariman of the Somerset Rivers Authority, is in charge of a system of dykes and dams that have kept the farms safe – quite unlike the situation in 2014 (see the difference between 2014 and 2020 below) …. 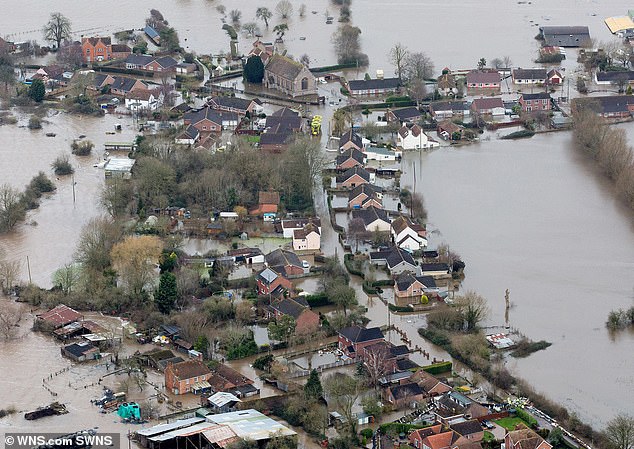 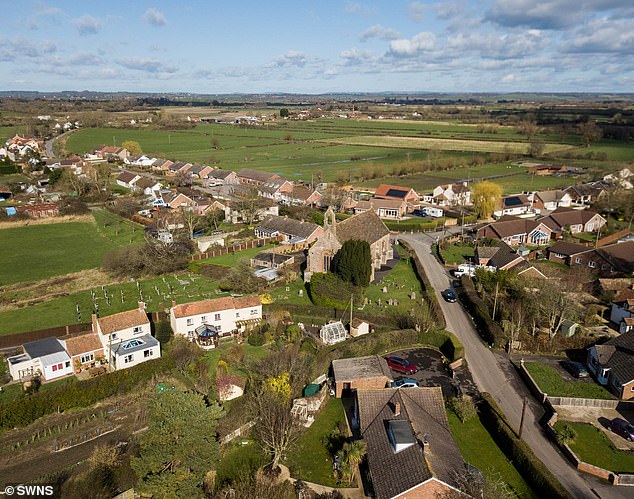 … presumably rainfall in Somerset has not been up to 2014 levels yet the difference is remarkable. The Mail blames EU regulations but one can really only blame our politicos (and the quangocracy of political has beens still feeding at the trough but past their sell by date and not doing the job effectively). The Mail claims that at the heart of the flooding this year has been a clash of idealogies – studiously ignoring the jet stream meandering. The position of the jet stream throughout the winter months has mostly been in our favour – bringing a generally mild kind of weather but lots of water from above. One might also point out that last winter it was extraordinarily dry and chalk streams failed to rise in the spring. It didn't take long for water to percolate through the chalk over the last couple of months and those chalk stream are now running thick and fast. May be climate is catching up – lots of rain making up for less rain last year. It's all levelling out, one might say – as it normally does after a drought. They are even having lots of rain in Australia and alarmist stories of bush fires and bone dry weather, which got the media hot and excited, is studiously ignoring it. May be they are waiting for some life threatening flooding – as is the case over here (for them to pontificate about climate change and all its vagaries).

The Mail continues by saying that traditional methods, such as dredging rivers, is now frowned upon. The Green Blob is playing a prominent role we are told – which ignores the fact that politicos don't have the whatsits to challenge them and  they lie down and roll over when confronted (or make a complete dogs ear of a mess). However, the 2014 floods had a devastating effect on the Levels and in their wake they were  determined to put in place some of the old methods to contain the water. Local drainage measures were constrained by over zealous officials who put in place rules that disallowed the putting of silt from dredging onto the fields of farmers (which probably increased their nutrient value). Bio-dioversity became more important than farmers and food production. Politicos had become immune to the moans of the farmer lobby as they had access to food from the EU (such as France and Spain). One of the quangocrats even went so far as to put in place measures to return the Levels to marshland in order to attract wading birds and the thankless water vole. You might as well as put an evironmentalist from Green Peace or Friends of the Earth in charge of the Environmental Agency. They are still in denial of course even now the Levels have successfully returned to the norm, but the rate payers in Somerset have paid a price (but there is more to the Levels than just some farm animals and arable as it is a tourist magnet).