At https://horizon-magazine.eu/article/how-stone-age-humans-unlocked-glucos… … grinding stones were an evolutionary success story. They allowed people to unlock the energy in plants by making flours. Plants rich in starch helped humans to thrive. Whilst the importance of eating meat has been explored by scientists very little investigation into plant material has been done. One reason for this is that animal bones can hang around a human occupation site for a long time – as long as the soil is not too acidic. Plant remains have a very short shelf life. However, archaeologists now have the ability to examine traces of plant residue on pottery and in other contexts. In the context of this article residues have been found in caves – occupied by Neanderthals.

Stone tools to butcher and scrape animal skins are commonplace finds in archaeology (the processing of meat) but grinding stones have also preserved evidence of plant processing (under the microscope). Tubers and seeds of cereals, as well as nuts and acorns etc, were processed. New discoveries are shining a light on the importance of plants in the diet of Palaeolithic people – all around the world. These are full of starch making them a useful source of glucose. Tubers are organs where plants store nutrients (which includes the humble potato) and seeds and nuts have key ingredients vital to growth, brain power, and energy levels.

Neanderthals appear to have eaten water lily tubers, and various other tubers as well as grains. Grains may have been used to make a kind of porridge – at least by the Mesolithic period. Unlocking the energy in them was the key as tubers can also be toxic. So, they must have cooked them – probably used water to boil them. However, the use of grinding stones to make flour from grains and seeds, even acorns, was a step or notch upwards. Contrary to modern dietary advice Palaeolithic people not only ate meat and veg but they also consumed a lot of carbohydrates. They could also access a degree of sugar from tubers and roots. 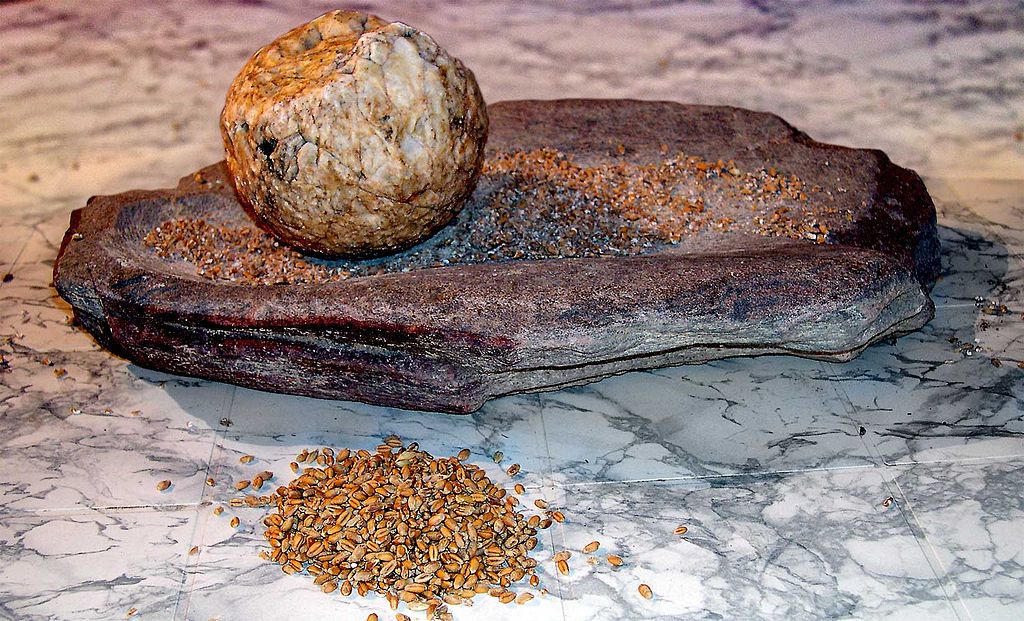