At https://spaceweather.com (30th April 2020) we have an image of Comet Swan with a very long tail trailing behind. It will make its closest approach to earth on May 12th which should be eyeball visible. 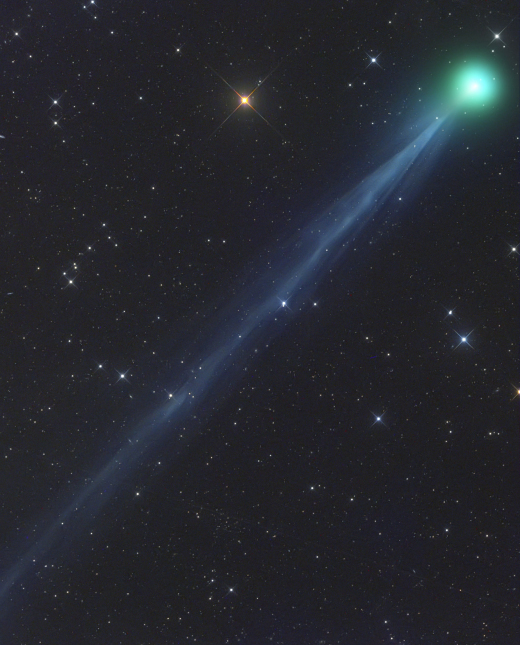 At https://tallbloke.wordpress.com/2020/04/0/research-reveals-possible-acti… … research seems to suggest the moon could well be tectonically active.

At https://spaceweather.com (1st May 2020) we are told that when the earth trembles even the edge of space moves – an astonishing new finding. Earthquakes, and also, it seems, tsunami events (caused by earthquakes we may note), send waves of air pressure to the very top of earth's atmosphere – to the ionosphere. However, thinking about it, do they have it the wrong way round and space (plasma) influences earthquakes. Then again, that would be hard to prove and it is just as likely that the two things are intertwined – which is what the research seems to be suggesting. The example in question is the huge earthquake that caused the Japanese tsunami event, which has been attentively studied. It seems to show that big waves in oceans can cause big waves in air pressure, turning back and forth. The ionosphere above Japan was disturbed for 46 hours.

At https://spaceweather.com (3rd May 2020) we have the earth encountering a stream of debris left behind by a passage of Comet Halley, the Eta Aquarids.