On May 15th Piers Corbyn of www.weatheraction.com predicted an earthquake 'somewhere' in the world between 19th and 21st of May. On May 21st an earthquake in Iceland activated the Grimsvotn volcano (see image below) (go to http://klaengur.imgur.com/grmsvtn for further images) and see www.physorg.com/print225286069.html and http://wattsupwiththat.com/2011/05/21/iceland-volcano-eruption-not-likel… which has some nice comments and links. Grimsvotn erupted 8 times in the 20th century and again in 2004. At the Modern Survival blog it says 20 minutes separated the earthquake from the eruption. There was also an earthquake swarm to the east of Grimsvotn and tectonic activity in the south, near the Katla volcano – the really big one. 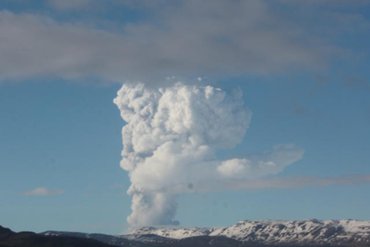 How does Piers Corbyn predict earthquakes – he has successively done so on a number of occasions this year, as well as the tornado swarm last month. Today, May 23rd, he is saying that he predicted the current outbreak of tornadoes in his long range USA extreme weather events and scenario forecast for May issued on the 2nd of May – following the tornadoes of yesterday. He claims to have a 100 per cent success rate in Extreme Events forecasting for April and May. This whole topic of earthquake and tornado prediction is in the news (see for example www.technologyreview.com/blog/arxiv/ May 19th) where it says it is a major goal of earthquake research (but obviously they are unaware of Corbyn). Long range warnings are in vogue which estimate the risk over a period of years or decades. High quality warnings that an earthquake is imminent in the next few days still eludes earthquake scientists, it says. However, at the same blog, on May 18th, it begins by saying, 'geologists have long puzzled over anecdotal reports of strange atmospheric phenomena in the days before big EQs …'. The DEMETER spacecraft picked up ultra-low frequency radio signals  just before the Haiti EQ in January 2010, and now, it seems, just before the Japanese EQ in March 2011. The total electron content of the ionosphere increased dramatically across the epicentre, peaking hours before the EQ. However, conventional earth sciences are earthbound – they are not looking up at the Sun, or the planets. Instead, they have an idea they call Lithosphere-Atmosphere-Ionosphere-Coupling mechanism, with the suggestion that in the days leading up to an EQ (with an origin in the ground) stresses in the geological fault cause the release of large amounts of radon (out of the ground). Radon is radioactive which ionises the air on a large scale and leads to a series of knock-on effects. Water molecules are attracted to ions in the air and the ionisation triggers lots of condensation and in the process releases heat. It is this that is thought to emit infrared radiation as observed by satellites. There is therefore a fundamental difference between Piers Corbyn's forecasting via activity on the face of the Sun and the conventional approach to EQ prediction. At www.thunderbolts.info/forum scroll down to the thread on Electric Weather and see comments on page 3 and 4. It discusses the earth's jet streams which is dealt with in some given Holoscience articles, and Lloyd (a commenter) wonders if the jet stream is a scaled down earthly version of polar storms on other planets. According to Holoscience (a quote by Lloyd) the polar current streams take the form of twin Birkeland current filaments which give rise to the enigmatic double vortexes seen at the poles of Venus. It is apparent electrical energy from space doesn't merely light up auroras. It has a profound influence on upper atmosphere winds and storms. This seems to be part of the Piers Corbyn process – the solar wind and flares creating extreme weather events, tornadoes and earthquakes, on the surface of the earth, and shifting the jet streams from near polar to lower latitudes (temporarily of course but possibly during very extreme events for somewhat longer). How much longer?