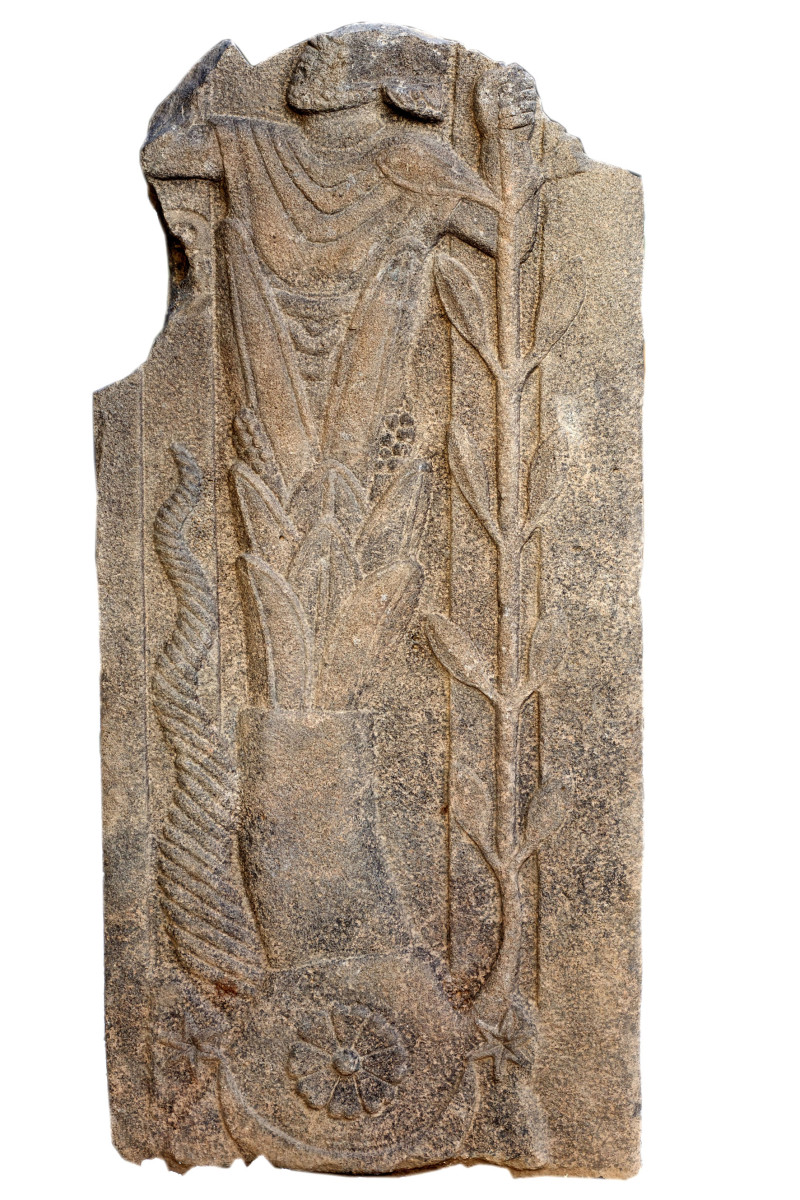 It is five feet high and made from a slab of basalt rock that was later reused in the stone work of a Christian monastery in what is now SE Turkey. The deity appears to grow out of a chalice of leaves or vegetation, rising up like a cone with an astral symbol. From the side of the cone once can see a long horn and a tree. The deity also sports a beard. Is this a comet deity?