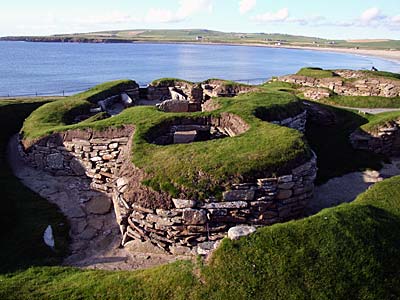 Weirding of the weather aka 1952. In a BBC news report from deepest Shropshire we learn of the uncovering of 27 cottages that were destroyed during a landslip event (heavy and persistent rain) way back in 1952, in Ironbridge Gorge. It reduced the width of the River Severn by 15m. This year, 2014, the landslip began to move again, the heavy rain of last year's winter is being blamed. If it had moved significantly it could have created a dam – see www.bbc.co.uk/news/uk-england-shropshire-30199630 … which just goes to show, weird weather is not just a part of the CAGW climate change modern world but is an ongoing feature. 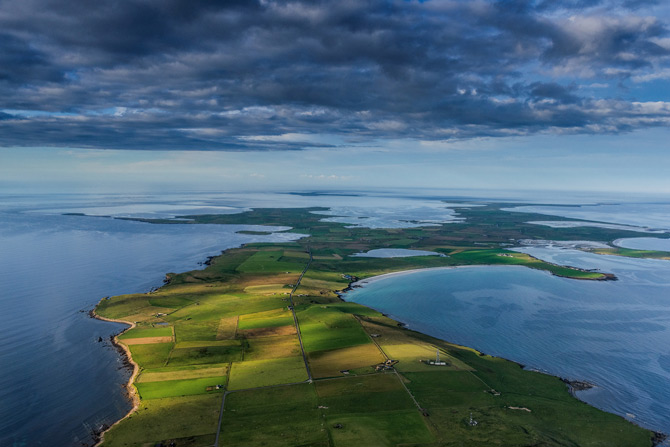 In Current Archaeology 298 (Jan 2015) on sale in Smiths but see www.archaeology.co.uk, there is a letter from Alexandra Shepherd of Aberdeen. She is the co-author of an upcoming book on the stone houses of Skara Brae in the Orkneys (see www.orkneyjar.com). The stone houses, or the protruding walls (that in some instances had survived up to 3m in height) had been overwhelmed in a storm and buried beneath sand and silt. Another storm had caused the sand to shift and archaeologists of the day descended on the site and they went on to discover not just stone walls but stone furniture. Alexandra wrote the letter as she was concerned people had got the idea that the occupants of the houses were backward primitives and the houses themselves were little more than rabbit holes or subterranean troglodyte dwellings. Looking at the picture one can see how they might have got that idea as the houses are still half buried. She blames the archaeologist Vere Gordon Childe and while he was not everyone's cup of tea it would seem his view of the situation greatly differed from that of archaeologist Euan MacKie, a founder member of SIS. He wrote an article in an early issue of SIS Review and a couple of books on the subject, including 'The Megalith Builders' Phaidon Press:1977. He saw the occupants as somewhat sophisticated, astronomer priests. Naturally this did not go down very well at the time as the Neolithic early farmers were regarded as very rustic, and incapable of making astronomical alignments etc. The upshot is that the new book is going to bring the houses up to date and show they were in actuality fairly sophisticated affairs – made of stone as a result of a shortage of wood. Incidentally, they date back 4500 years, roughly contemporary with Stonehenge. 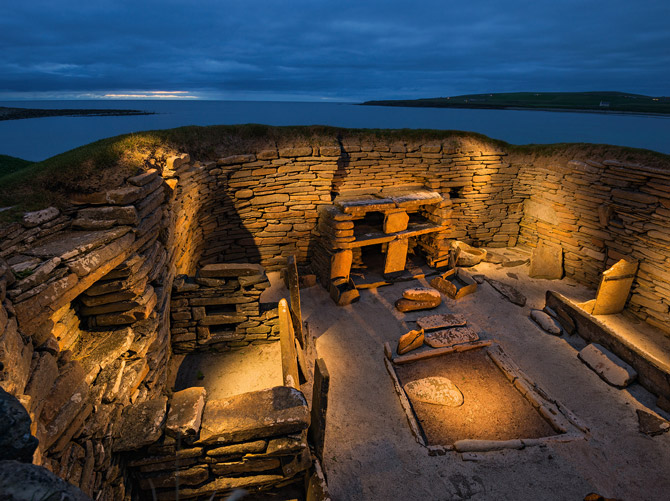