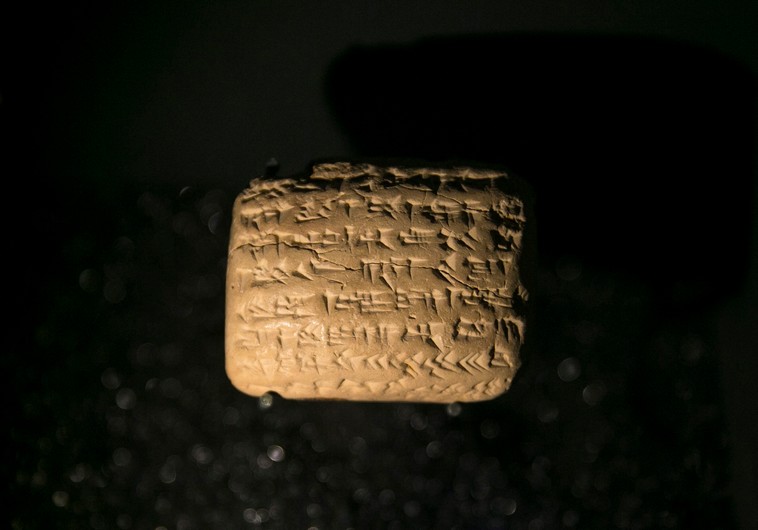 This is an image of a clay tablet with cuneiform writing, as practised in ancient Babylonia. The said tablet is one of over a hundred in the Bible Lands Museum in Jerusalem. They document the lives and religious continuity of Jews in the Exile. Although many returned to Judah after the Persian king gave them permission many of them did not – not until modern times. See www.jpost.com/Not-just-News/Ancient-tablets-reveal-daily-life-of-exiled-…

These people were forcibly resettled in Babylonia, including the prophet Ezekiel. They were not slaves. The idea was to reduce nationalist resistance by placing people in a foreign land where they had no historical ties. It did not just apply to Jews.

Jeremiah, who had counselled against reliance on Egypt, suggesting it was safer to pay tribute to Nebuchadnezzar than refuse to pay, ended up with a group of Jews that fled to Egypt at the approach of the Babylonian army.

These are not the first tablets to outline Jewish activity in the Exile as another cache came from Nippur – and catalogued the activities of a banking family over 50 years. All this tends to give a lie to the false claim that has spread across the Internet, especially in comments, that the Jewish religion and the Jewish people were a later phenomenon, towards the end of the first millennium BC. Obviously, politics are involved but it appears the extreme minimalists are largely to blame for the propaganda in the first place. They may not have meant it to go viral, being scholars keen to come up with something revolutionary in thought, but in the real world the enemies of the Jews have seized on the minimalist ideas and have propagated them so much the claim is made in comments to articles where Jews are not even involved. The strange thing is that there is actual scientific evidence that Jews are related to modern Palestinians – from DNA sampling of both populations.