a close up view from NASAs Curiosity Rover showing what looks like mineral veins on Mars. Once again, NASA introduces food into its description of the feature, likening them to ice cream sandwiches. That is a new one on me. I can't think why anyone would want to put ice cream between two slices of bread – but dark and light. Another matter. Seriously, this is great news and Curiosity Rover will continue to tell a geological tale as the mission proceeds. There has already been the discovery of cristobalite, a mineral form of silica, and some evidence of quartz, another form of silica. Silica is a common element on Earth. Flint and sand are variants of silica – so do we have sand on Mars?

It seems that geology on Mars may well help science to understand geology on Earth. The presence of clay minerals, for example, which seem to imply a former wet environment.

At http://phys.org/print347196317.html … a young star in the process of forming – and over 18 years it appears to show change that is quick and fairly rapid, allowing scientists in the future to catalogue it from beginning to full bloom. 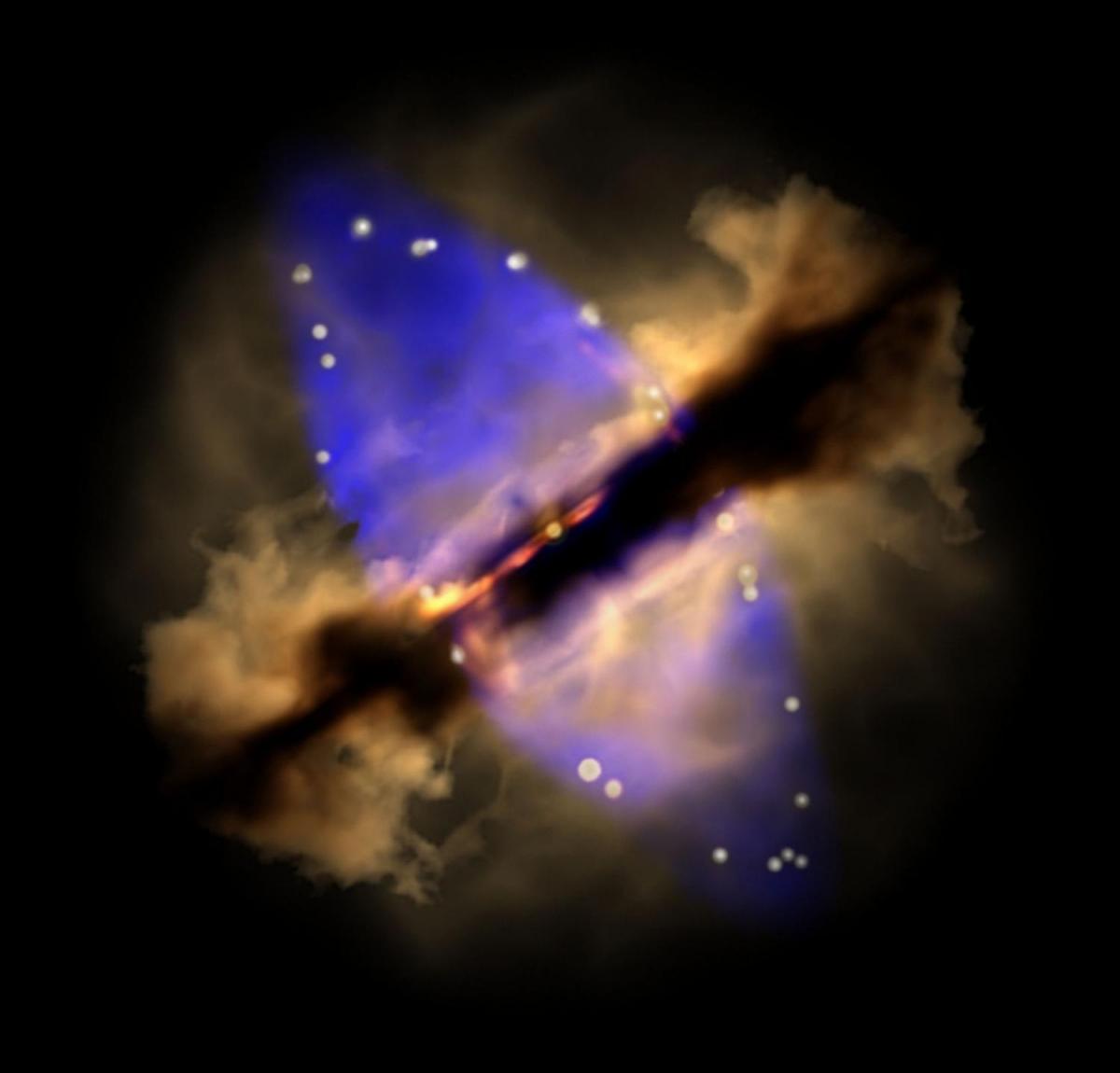