At www.spaceweather.com … more on the space weather baloon mission by students, 'Earth to Sky Calculus' and a nice image, below, of green skies over Minnesota. These occurred without a solar storm, and though they look like aurora, they are not. 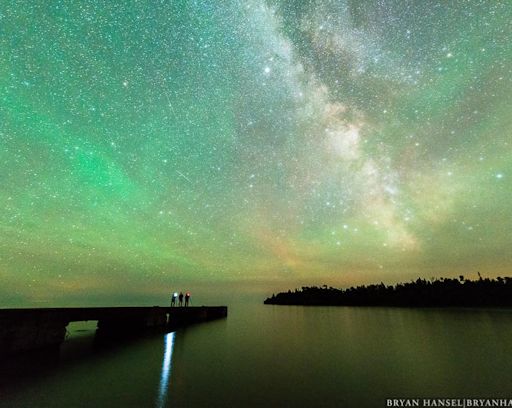 … the phenomenon is known as 'air glow' and is caused by chemical reactions in the atmosphere caused by ultraviolet radiation.