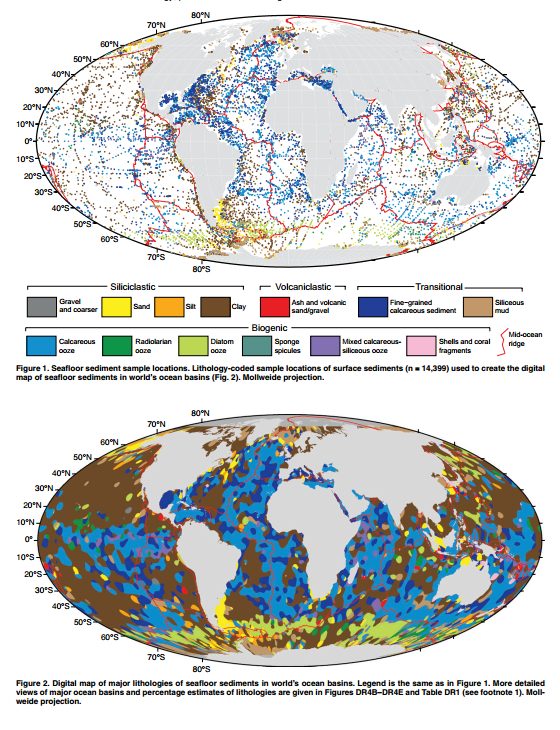 and whilst this only concerns the Southern Ocean (for the moment) it reveals how little is really known about accumulation of ocean sediment which are used by various other sciences (ocean cores) such as in dating (for example the Ice Ages). Ocean sediments are in measure composed of large amounts of planktonic remains. This includes the plankton that thrive in sunlit surface waters (and sink to the bottom when they die). The map above shows that ocean blooms, as observed on the surface, can be quite different from diatom distribution on the ocean bottom (they do not necessarily sink straight down). The study, the blurb says, shows that very little is really known about how sediments build up. Foraminifera has been widely used in science research – but is the data as reliable as researchers have assumed. Likewise, it also has geological consequences beyond supporting consensus views geochronology as chalk (and som limestones) are composed of ocean sediments. Chalk is almost pure planktonic shell material and is thought to have been formed in shallow seas that were later transformed into land via tectonic uplift – or a similar mechanism.