At http://phys.org/print365260954.html … and https://www.sciencenews.org/article/oxygen-leaking-comet-surprises-astro… …we learn that oxygen has been found on Comet Churyumov-Gerasimenko which came as a surprise to scientists as it challenges theories on the formation of the solar system. In other words, another consensus idea is getting the belly ache. 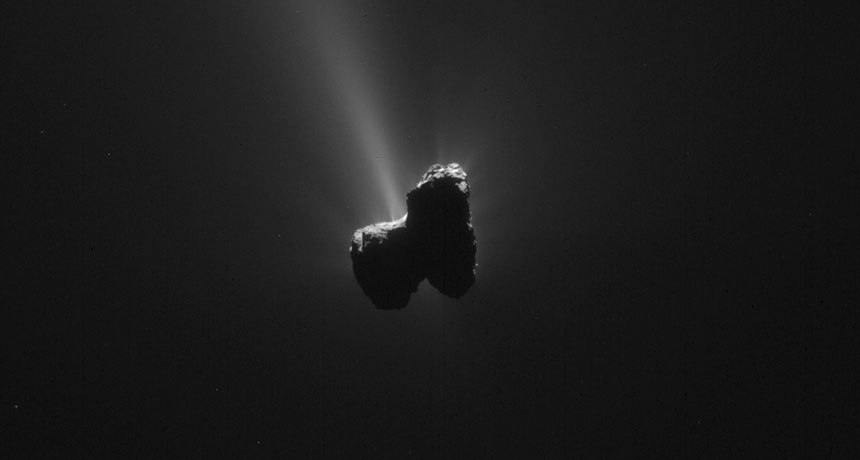 The consensus view was that oxygen could not survive over billions of years in a pristine state – see the journal Nature (www.nature.com/article/doi:10.1038/nature15707) and one scientist is quoted as saying, 'the evidence of oxygen will likely discredit some theoretical models …'

One of Rosetta's missions was to find out if it was possible that comets seeded life on Earth – by discovering the ingredients of life on Churyumov-Gerasimenko. There is also plenty of water, carbon monoxide, and carbon dioxide detected on the comet. Water appears to be the main gas.