Robert Farrar and Brian Sherwood Jones both forwarded links to this story at www.nytimes.com/2015/11/03/science/nasa-adds-to-evidence-of-mysterious-a… … and at www.livescience.com/47954-geoglyphs-discovered-in-kazakhstan.html … satellite pictures from 430 feet above the surface of the earth have confirmed the existence of of earthworks in a remote region of the treeless steppe. Geometric figures of squares, crosses, lines and other shapes have been espied – and they are said to date back 8000 years ago (in one instance).

They first came to public attention at an archaeology conference in Istanbul in 2014 and it is said some 260 earthworks can be counted. They can even be seen on Google Earth it is claimed. Dmitry Dey, a Kazakh economist and archaeological enthusiast was actually looking for evidence of pyramids after watching a TV programme about them in various parts of the world, back in 2007. He saw earthworks – but no pyramids. One shape is the swastika (an ancient symbol associated with comets as they rotate through space). However, it is unclear why nomadic societies would have gone to the trouble of building earthworks and using felled timber to make structures connected to huge mounds once 6 to 10 feet high and 40 feet across. However, one of them has been dated as recently as 800BC – which was also a period of nomadic people.

Dmitry Dey theorises they are solar observatories but we may assume they might have been looking at the sky – but not necessarily at the Sun. The dates when these structures were built would be an interesting point of reference, especially as the oldest of them has been dated around 6000BC.  Shapes includes squares made up as dots crisscrossed by a dotted X. Circles and crosses and and mounds with two drooping lines are also some of the shapes, as yet to be fully revealed. 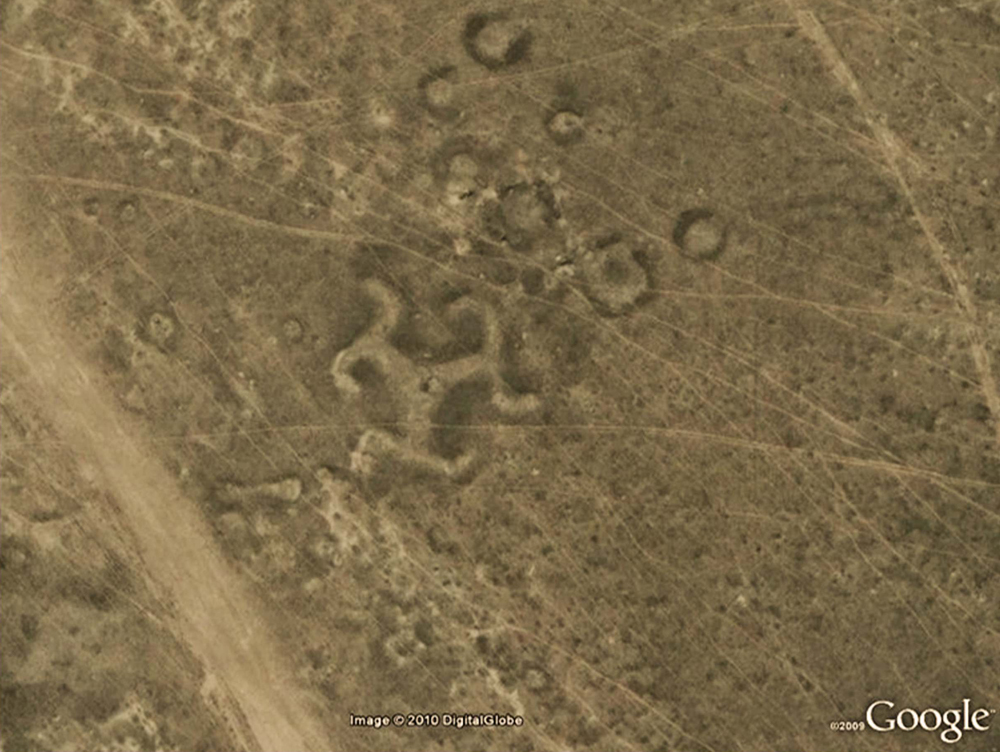