At www.telegraph.co.uk/news/earth/environment/archaeology/12150373/Remains-… … not perhaps the most cited link for this story but it provides nice images which are computer simulations but provide a good idea of what is implied. We are talking about the discovery of a Roman sacred walkway 120m in lenght, revealed during building works in the centre of Colchester 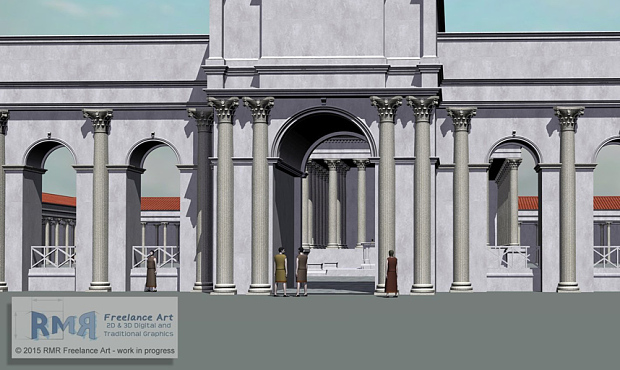 An office block was demolished and footings made for a new building when the archaeologist on duty at the site (per regulations) realised there was something important – a Roman arcade    …. 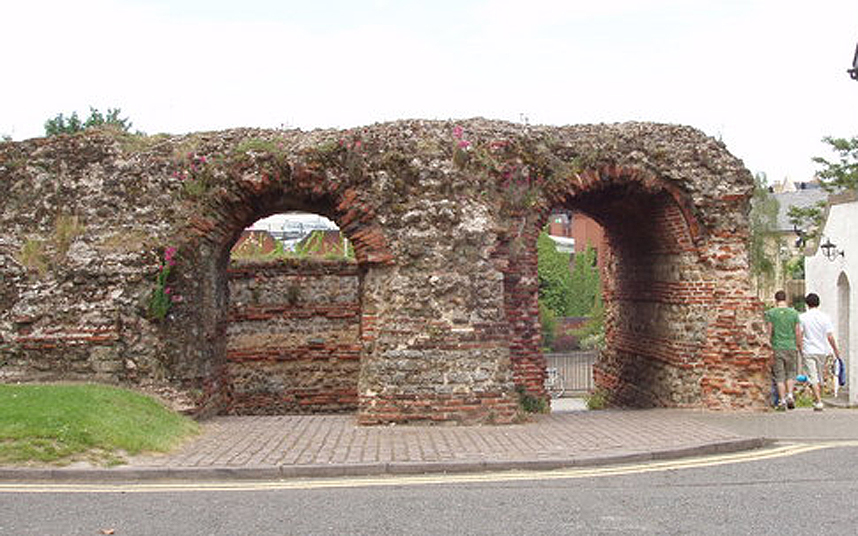 … this is a section of Roman ruins that can be seen on the surface. What else may lie buried under the centre of the modern town?

The new find consits of a sacred walkway enclosed by a line of arches that once stood in front of a temple. It seems to date after Boudicca sacked the town and represents a deliberate Romanisation of what had been the capital of the Catevellauni, one of the most important British tribes that controlled a large area of southern England. It had once been the capital of the Trinovantes, and the latter had conspired with the Romans against the Catevellauni. There was therefore a long tradition of pro-Roman sentiment at Colchester – which is why Boudicca decided to attack it.

The arches are similar in design top those at Roman Bath – at the actual Roman baths to be exact. The arcade would have comprised of 28 arches built across the front of a temple precinct. The temple ruins form the base of Colchester's castle, built by the Normans 6 or 700 years later.